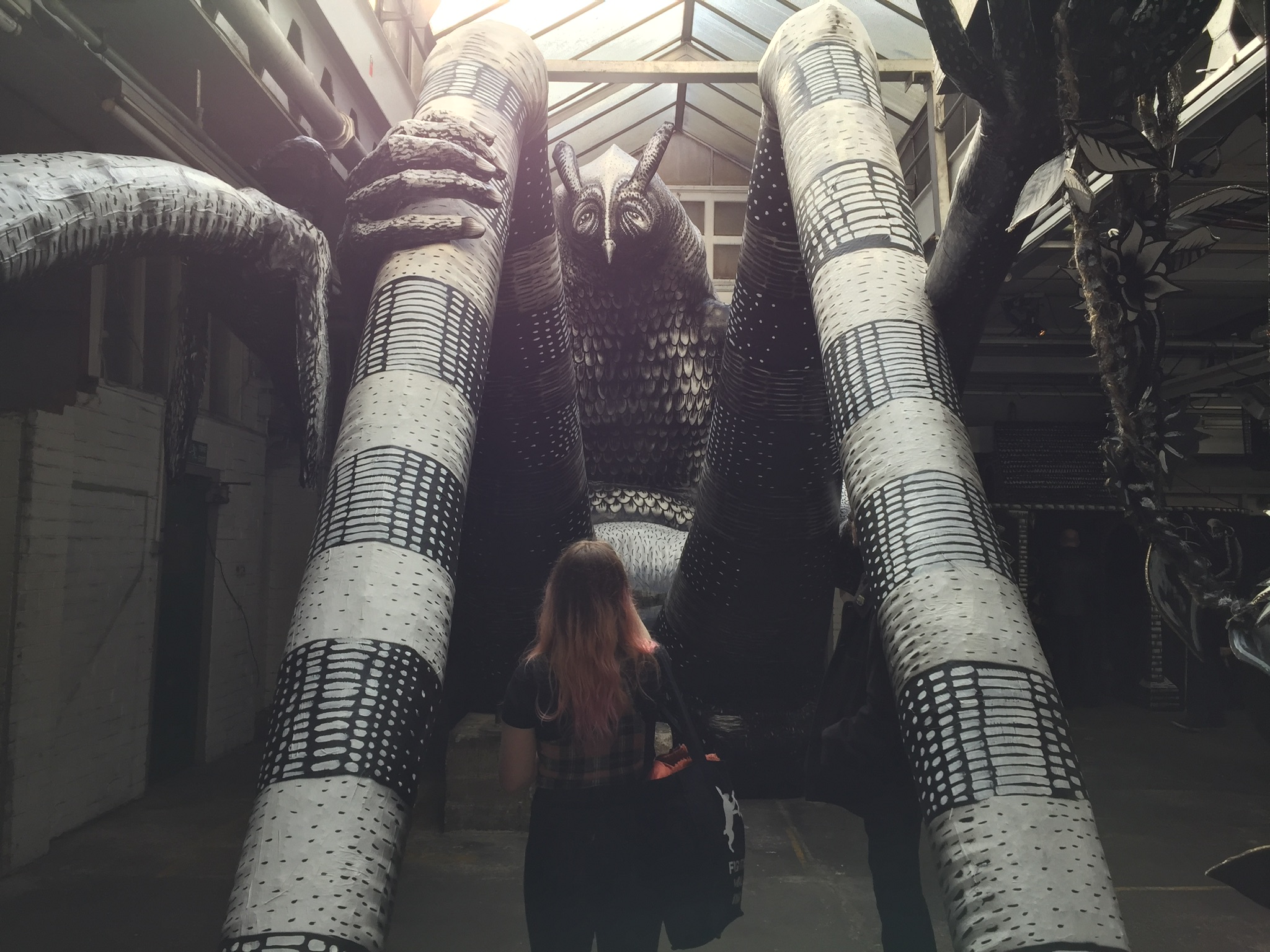 A new exhibition by a famous anonymous street artist has drawn fans from all across Sheffield to an abandoned pocketknife factory in the city.

Mausoleum of the Giants is the latest exhibition by street artist, Phlegm. The artist has transformed the old factory into a home for huge 3-D paper mache giants, creating an immersive experience where visitors are able to walk amongst and beneath the 15 foot structures.

The exhibition took Phlegm five months to create and fans of the art queued for hours outside the factory over the weekend for the opening, which became so busy they had to send people home.

Phlegm is well known across the city for his cartoons and illustrations which can be found on the sides of public buildings and abounded structures around Sheffield.

Camilla Priede, who is in her thirties, said: “I went with my daughter aged 6 and we both absolutely loved it. It was just magical.

“We live in an area surrounded by Phlegm artworks, and this exhibition just brought them to life.”

Phlegm had his first exhibition ‘The Bestiary’ at the Howard Griffin Gallery in East London in 2015 where he became a household name for street art fans.

Since then, he has been commissioned all over the world to produce murals and sculptures including in the likes of Toronto and New Zealand.

Mausoleum of the Giants is the artists biggest project to date, but still incorporates the common theme of black and white characters and symbols which are worked into narratives as the main focus of the art.

Darren Taylor, 47, said: “The exhibition is absolutely fantastic I was in awe. I am familiar with Phlegm’s work but the sheer size of these is something else.” 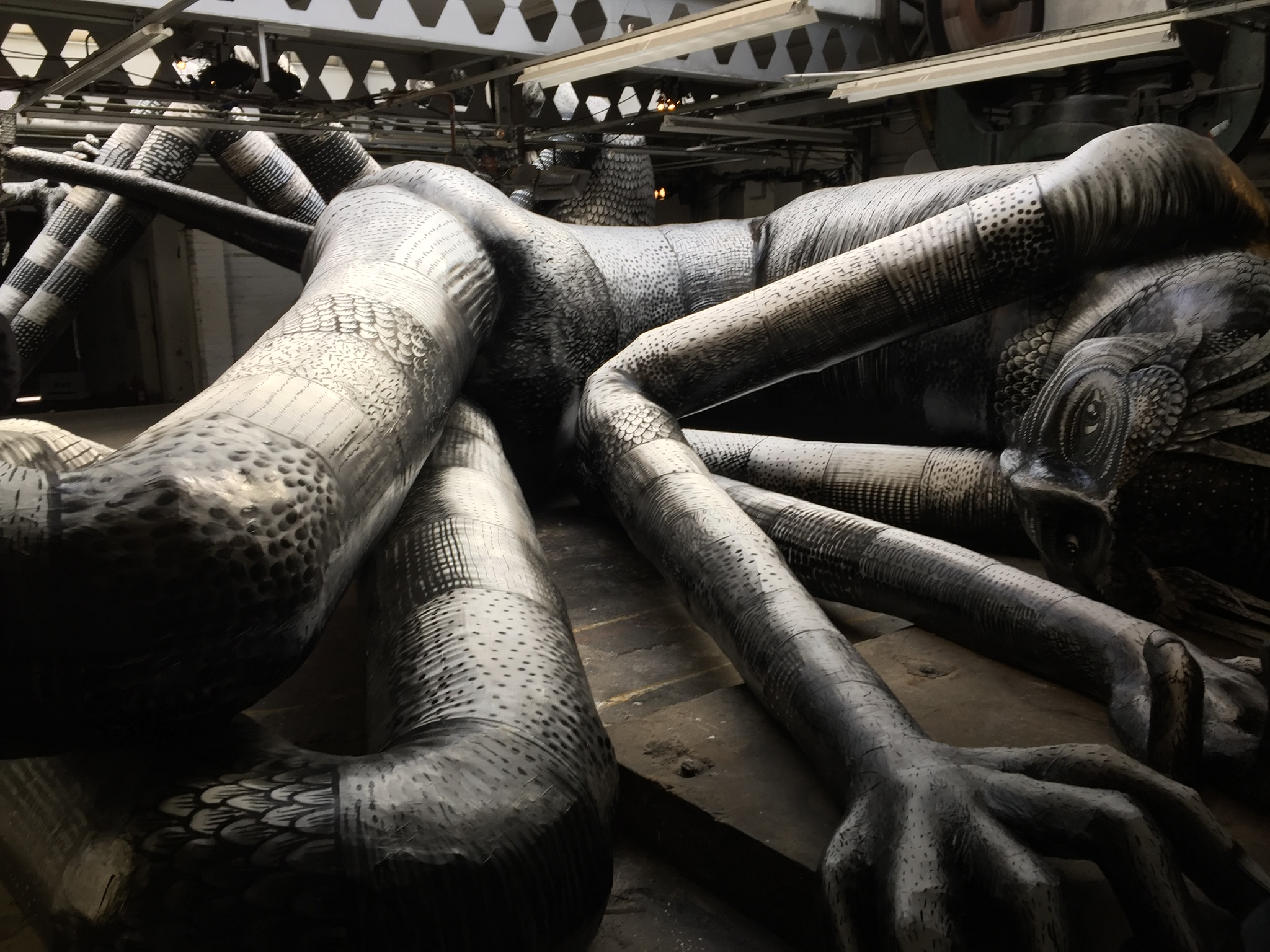 People can visit the exhibition free of charge between the dates of March 15 and April 6 at the Eye Witness Works in Sheffield, Milton Street, S3 7WJ.