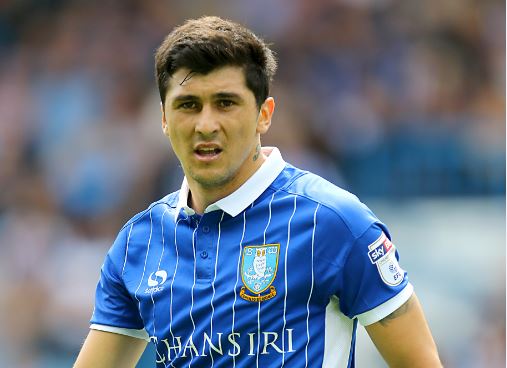 Footballer Fernando Forestieri has been found not guilty over charges of racially aggravated harassment and using threatening words and behaviour.

Mr Forestieri, 29, who plays as a striker for English club Sheffield Wednesday, hugged his wife after the verdict was read out. He didn’t speak to reporters as he left court.

It had been claimed that Mr Forestieri used a racial slur towards Mansfield’s Krystian Pearce during a match on July 24.

District Judge Jonathan Taaffe said: “An incident occurred during a so-called pre-season friendly. It is clear that the game was anything but friendly with a mass brawl breaking out that could have led to a wide-scale public disorder among spectators.

“He explains the he spoke in Spanish and at no stage did he use the N-word.”

The judge said he was satisfied that Mr Pearce did believe the N-word was used but it is possible that he was mistaken due to the noise.

Judge Taffe also said he thought both Pearce and Forestieri gave ‘clear and consistent’ evidence in their accounts.

He added: “This is relevant in my judgement as it possibly accounts for the fact that no other person even those in close proximity heard what was said.