Independent arts centre DINA Venue have smashed their fundraising target, just days after a burglary left the store in disarray.

On Sunday night at around half past 12 a man shattered the door of the venue before emptying the top shelf of the bar into a duffle bag.

Miriam Schechter, a recent graduate of the University of Sheffield who runs the Cellar Theatre module of the venue, started a gofundme campaign almost immediately after the incident.

DINA’s Co-director Malcolm Camp, 52, has said: “We don’t have huge margins and were operating at full stretch so something like that is a real setback.”

Schechter’s heartfelt campaign explained how the non for profit venue ran mostly by volunteers has become a hub for local art, photography and theatre.

It has solicited a huge response, raising over £1,600 in just a few days.

“We’re very grateful for the donations. It’s all small amounts from people I know don’t have much money but this is our community and they’ve put their heart where their money is to support is,” Camp said.

Camp said the venue will be hosting an event called ‘Thank you Sheffield’ on April 20th where contributors can enjoy a night of free bands and DJs.

The raised funds will be spent on replacing the broken door and stolen alcohol as well as fitting new roller shutters and motion sensors to prevent further break ins. 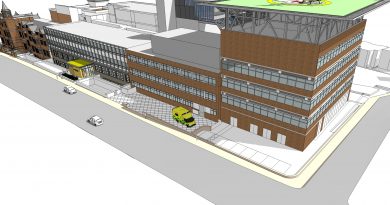