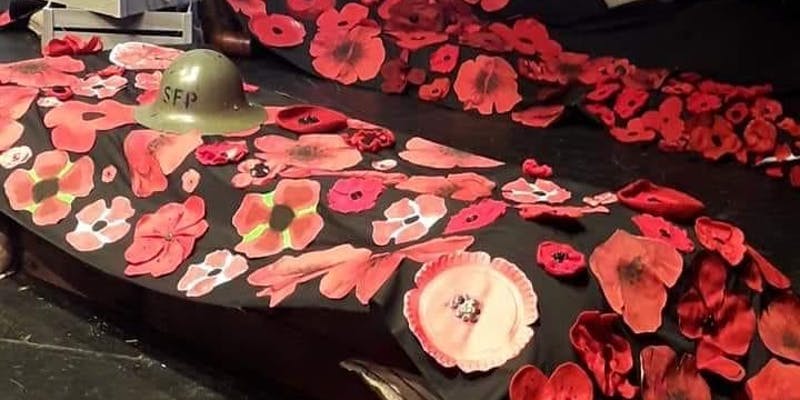 An exhibition commemorating the painted fabrics produced by injured veterans in the first world war opens its doors this Saturday.

As part of the 100th Anniversary of the first world war, the Painted Fabrics Project will be holding their pop up exhibition at the Cutlers hall, from 11-4 o’clock. This is to remember the last exhibition that Painted Fabrics Limited did at this location in 1959.

Project organiser, Ali-Kitley Jones said: “We are hoping people will join us because it’s fun and exciting, but it’s also important to remember those people that died in the first world was, because they gave up so much for us.”

This company was set up in 1923 and provided jobs to WW1 soldiers who had severed limbs.

Annie Bindon Carter, the creator of the company, attached paintbrushes to the soldier’s stumps and got them to paint on fabric.

These men, who were described as 100% disabled, could go with their families to live at the business’ site, work there and make a contribution to Sheffield. This carried on until 1959.

Now, project manager Rob Hindle has recruited a similar team of people with mental or physical disabilities to help him with the project.

Ali-Kitley said: “Hopefully on Saturday, when people see our group members dressed in first world war soldier’s uniform, standing outside the Cutler’s Hall with our banner, it might attract people to come in.”

Ali-Kitley added that she hopes people will join her and her team on 25 May at Weston park museum for a heritage and creative day where people can join in painting fabrics.