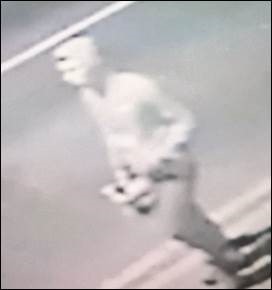 Goldthorpe police detectives have released CCTV footage in attempt to find a man after two police cars were set on fire.

The arson took place around 2.10am last Monday, following which emergency services were called to the police station.

Detective Inspector Mick Allat, said: “This reckless and irresponsible act has taken two operational police cars off the roads which will cost around £26,000 to replace.”

Additional damage was also found on the side of the police station, and a council van near by the cars.

Detective inspector Allat, continued: “Thankfully no one was injured but this was still an incredibly serious incident and we are working hard to identify those responsible.”

Three men, aged 35, 18 and 33, were arrested in connection to the incident have since been bailed as enquiries continue.