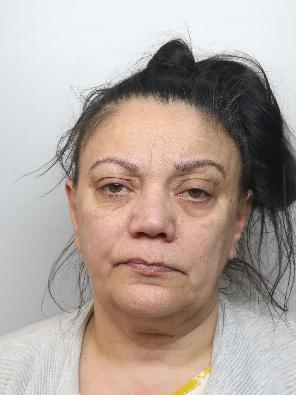 A Sheffield woman who conned vulnerable adults out of approximately £1 million has been sentenced to seven years in prison.

Diana Turner, 53, became involved in running a housing complex for vulnerable adults in Sheffield in 2006 after the owner took time off due to illness.

Turner abused her access to the banking and tax credit system for weekly payments from the council by setting up direct debits to her own account.

This included buying two properties in Dubai, three properties in England, a static caravan worth nearly £60,000 and multiple holidays to the Middle East.

She was fired in 2016 after the owner of the company discovered some of the residents accounts were linked to Turners, and notified the police.

A three-year investigation was launched and police discovered she had taken £923,000 from 10 vulnerable residents.

DC Hughes added: “All of the residents she took advantage of are vulnerable due to their age, mental health or due to substance abuse issues and many struggle to operate daily functions – they relied on her to get through life every single day and she callously took advantage of that.”

Turner has been on trial at Sheffield crown court for the past month, and was found guilty on 1 April on two counts of fraud by position of trust. She was sentenced to jail on 3 April for a total of seven years.

DC Hughes, said: “The decade of control she exercised over the victims is absolutely abhorrent and I hope that they feel some comfort in knowing she has been jailed. Sadly, one of the elderly victims passed away before the trial and so they never got to see her brought to justice.

“To abuse her position as a carer with people who trusted her implicitly is absolutely disgusting and I’m pleased that the jury returned guilty verdicts and she will now serve a basic lifestyle in prison.”