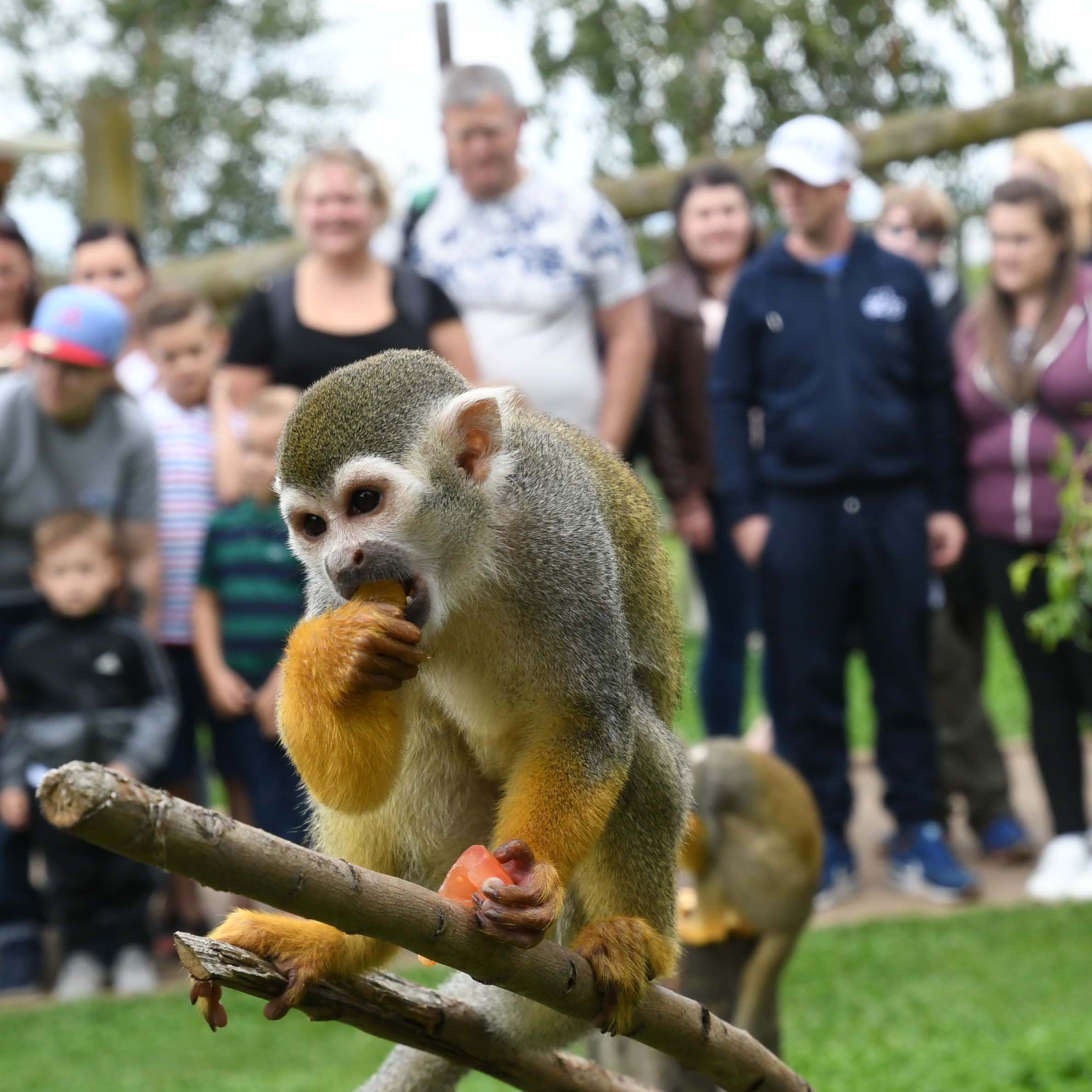 The former farm and riding school is now a conservation and welfare centre, host to more than 400 animals of around 70 different species.

CEO John Minion said: “The park has gone from strength to strength thanks to the support of the dedicated staff team, the local community and all the people who have visited the park over the past ten years.

“As well as playing a major part in conservation projects worldwide, the park is also a great resource for education and last year welcomed 88,000 school children and students.”

Over the years the park have saved vulnerable animals such as 10 lions from a run down zoo in Romania back in 2010 and rehoming three Ussuri brown bears from a cramped museum in Japan.

Yorkshire Wildlife Park is also the home to the countries only polar bear.

The park attracts 750,000 visitors a year, generating £12 million annually and giving jobs to over 200 people.

Jessica Milnes, 34, said: “I loved taking my little ones through the Lemur Woods, it is great to get them out and interested in wildlife.”

Visitors said the park is great for encouraging young children into animal conservation.

James Anthony, 41, said: “I took my daughter for her 8th birthday and she loved it, especially the Leopards and Tigers. She now wants to work as a zookeeper.”

Along with celebrating the parks 10th anniversary, they have also celebrated the recent birth of a baby anteater. This adds to a number of births at the park, including painted dog pups, an Amur Leopard and an Amur Tiger.

After the parks success they are now planning on a 150 acre site expansion costing £50 million and creating 300 jobs for the local community.