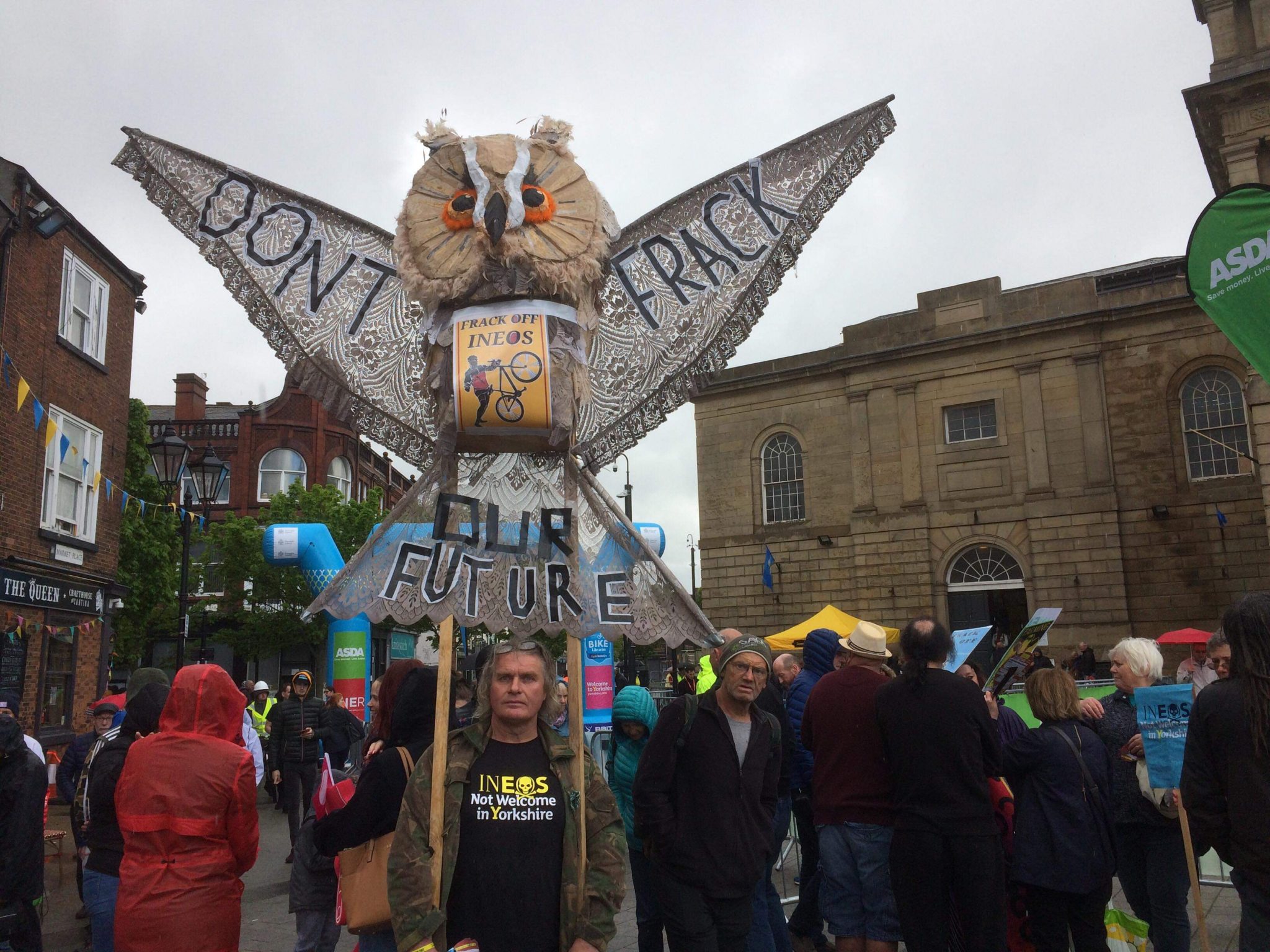 The start of the Tour de Yorkshire has been marred by controversy surrounding Team Sky’s decision to change their name to Team Ineos.

Ineos is a multinational chemical company which has been criticised heavily by environmentalists for their single-use plastic production and links to fracking.

Richard Needham, 58, from Bawtry said: “Ineos are a company that have been polluting our oceans for 20 years with single-use plastic so I’m disgusted that they’re rubbing our noses in it because they also hold the majority of fracking licenses in this county.

“I’m holding a banner which has an owl on it because near where we live there is a Site of Specific Scientific Interest which they have been drilling near and it has been disrupting the breeding of five different types of owl. It took my wife four days to make it,” he added.

The Tour de Yorkshire has a large positive economic impact on Yorkshire so Team Ineos will be hoping that this will not be affected too much by their controversial decision to change their name.

This controversy is also due to the fact that last year Team Sky wore jerseys with Ocean Rescue written on them, so this change to Ineos signifies a step in the opposite direction.

The route takes cyclists from Doncaster to Selby, passing through 150 villages, towns and cities along the way and supporters cheer on the competitors for the whole 180km journey.

Despite the weather being worse-for-wear, hundreds turned up to witness the start of the race earlier today.

This year is the fifth edition of the men’s race, which has 19 teams competing and will finish on May 5.

The Tour de Yorkshire has historically always started in the days before the May Day Bank Holiday and was started as a legacy event following the visit of the 2014 Tour de France to the county.