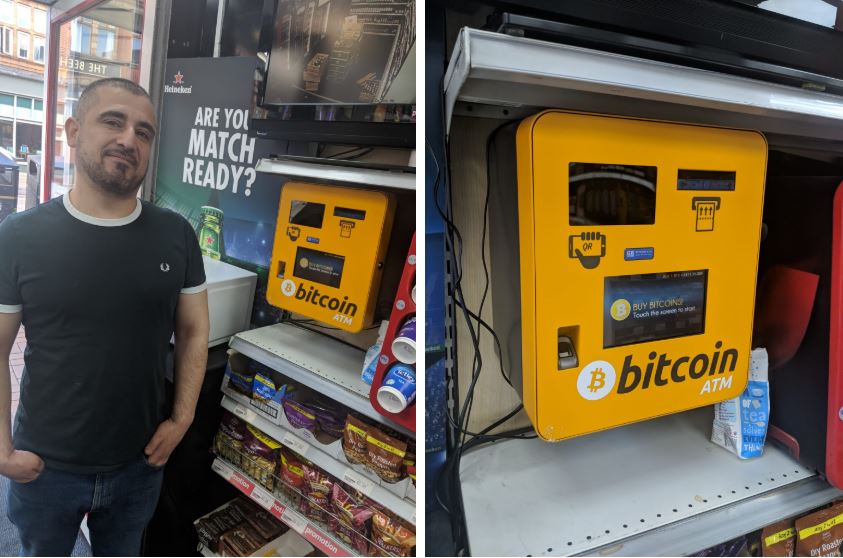 Cryptocurrency Bitcoin has gone on sale for the first time at a vending machine in West Street.

Visitors to the Bargain Beers off licence will now be greeted by the city’s only physical dispenser of the online currency. It is one of only 24 nationwide.

It was installed on 30 April after a lengthy period of building, setting up and installing the machine.

Owner of the store, Shaz Mohammed said: “Bitcoin came and approached me about two and a half months ago asking if they could set up the machine in my shop.

“There aren’t many bitcoin ATMs in the country but they’re trying to have at least one in each major city. It had to be custom made and installed for us so it took a while.”

The machine allows users to top up their Bitcoin wallet as well as take cash out from their own Bitcoin balance.

One unnamed customer, who was using the machine to top up his bitcoin balance with cash, said: “It’s really convenient. I’ve not been using bitcoin for long but it’s really useful and to have this machine makes it a lot easier for me to organise.”

The store is anticipating the installation to be very popular, estimating around 600 people per month will come and use it.