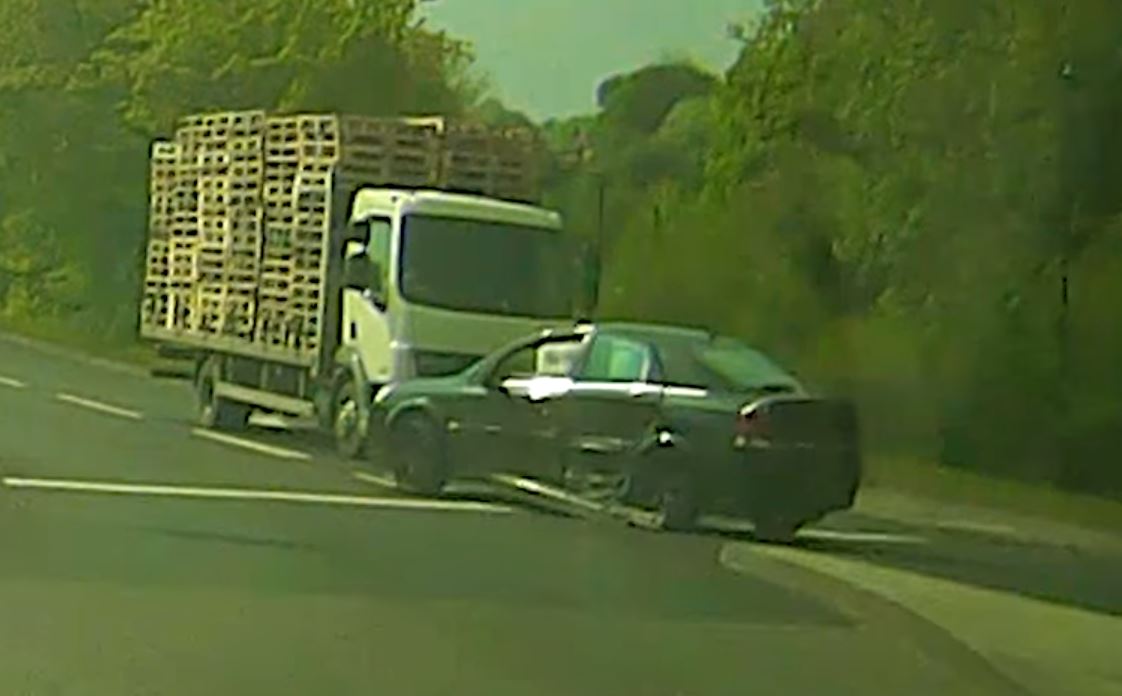 Officers investigating a hit-and-run that left two people injured have released dashcam footage of the incident.

Yesterday, South Yorkshire Police recieved a report that a black Vauxhall Vectra turning right onto Westfield Northway from Eckington Way, had been in collision with a red Ford KA travelling along Eckington Way at 10:45am.

The driver of the Vectra was reported to have left the scene close to the tram stop in Westfield, Sheffield.

The driver of the KA, a 79-year-old man, suffered chest and shoulder injuries and the passenger, a 77-year-old woman, suffered a head injury.

Officers are appealing for witnesses who may have seen a damaged Vectra.