Sheffield Eagles look to bounce back against Leigh Centurions 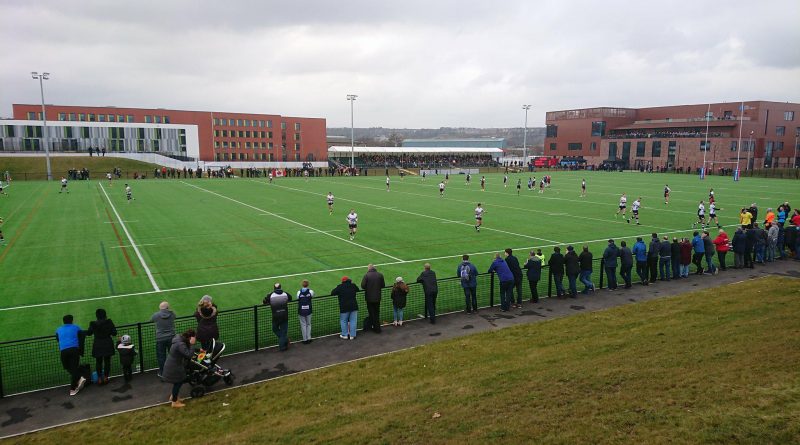 Sheffield Eagles are looking to bounce back from their surprise loss to Halifax when they travel to face Leigh Centurions this weekend.

Mark Aston’s side suffered their first home defeat of the season in their narrow 32-24 loss to a coachless-Halifax side at the Olympic Legacy Park last weekend.

The Eagles will be hoping to return to the impressive form they displayed earlier in the season and will be strengthened by the loan signing of Warrington’s Pat Moran.

Speaking after the defeat, Aston said: “We’ve worked hard to get to this position. The last thing we want to do is fall in love with ourselves, we have to keep working hard.

“It is a blip, we’ll have to dust ourselves down and work hard his week to get a result [against Leigh] on Sunday.

“We’ve done well this season, but you don’t want things to go downhill so we’ll work hard to keep the position we’re in.”

Despite leading Fax by two points at the break, Sheffield were unable to hold out against the West Yorkshire side last weekend, suffering defeat thanks to a Chester Butler hattrick.

The Eagles have tasted defeat against Leigh already this season, when they were defeated 24-12 in the Challenge Cup back in March.

However, Eagles’ fans will be encouraged by the way the team has responded to previous defeats this season, typically responding with a positive display in their next fixture.

Prior to the Halifax defeat, Eagles had secured impressive back-to-back wins over Rochdale and Toulouse following a previous loss to league leaders Toronto.

Going into the match, Sheffield sit two places in front of Leigh in third place and could potentially go level on points with Toulouse with a victory at Leigh Sports Village on Sunday.