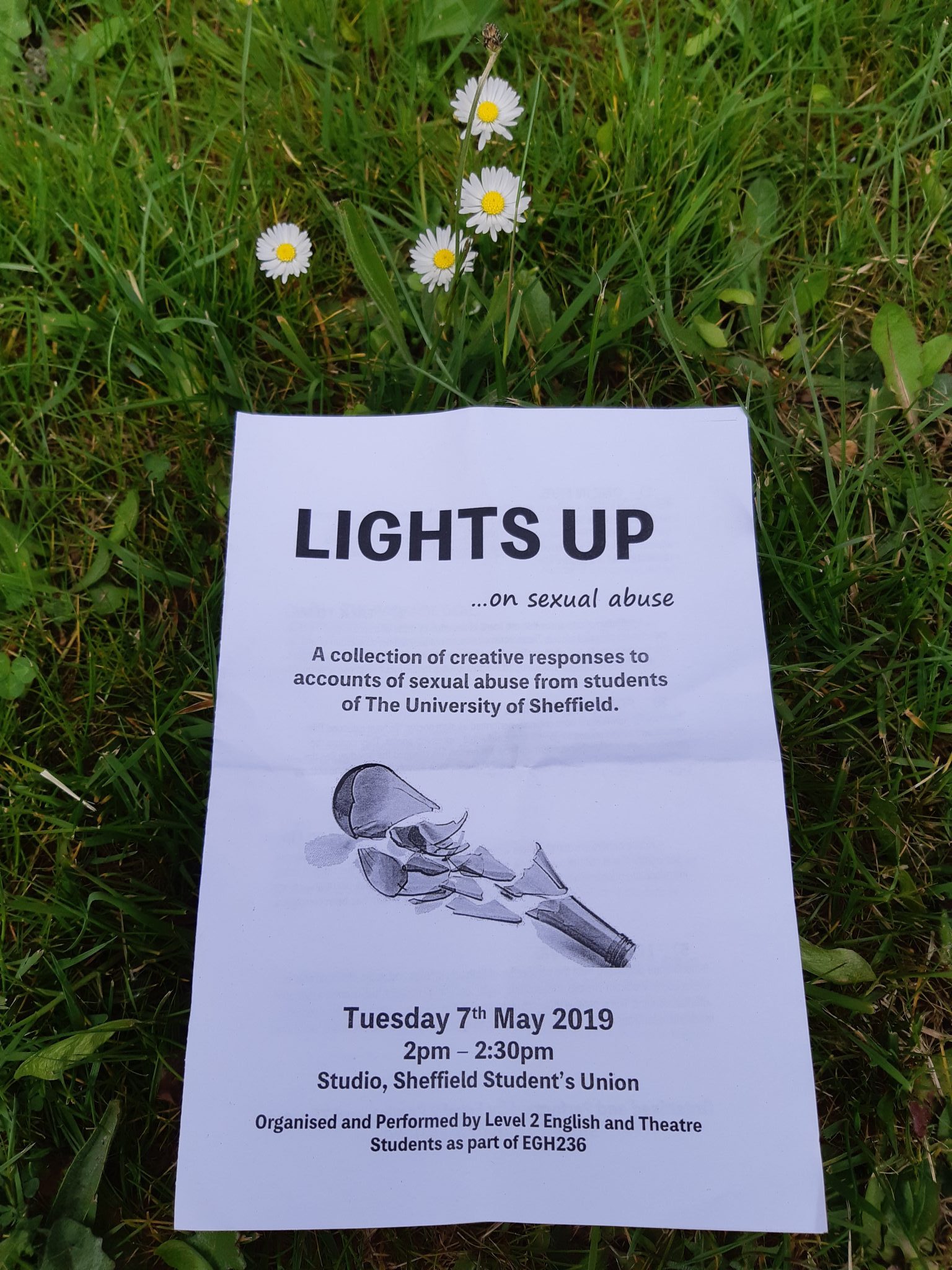 English and Theatre students at University of Sheffield presented anonymous accounts of sexual abuse experienced by the student community with both live, painted and recorded art installations in Foundry this afternoon.

The students had to create a theatrical piece that was not based in a theatre. As some of the team members studied audio walks around the parks, the organisers wanted their project to involve other students in Sheffield.

Georgie Grant from Crookesmoore, 20, second year student and co-organiser, said: “Some of us have been to Student Union nights, and all of us have been out in Sheffield. We realised that clubbing is something that Sheffield is known for, but with a fun night out comes the other side of it. Even being catcalled is already a part of such an experience. The hardest part of the preparation was to avoid making these real stories a performance, and to try to keep the sensitivity while manifesting something creative to be put out there.”

The visitors encountered  bottles scattered around the floor, people speaking about particular stories through audio recordings,  real life statues, and there were videos with people reading poems.

Georgie said: “The main thing is that it happens to so many people. We wanted it to be honest because it occurs so often but no one discusses it. Once it happens to you, there is always a  chance that you would  want the story to be known. The kind of environment that the exhibition creates is unique and allows people to explore the topic in a way that would immerse all of their senses.”

This project has been approved by the Ethics Department

Sheffield Rape and Sexual Abuse Centre (SRASAC) is a specialist service offering universal free and confidential support to anyone who has experienced rape or sexual abuse at any times in their lives. Their office can be contacted for non-helpline calls on 0114 241 2766.