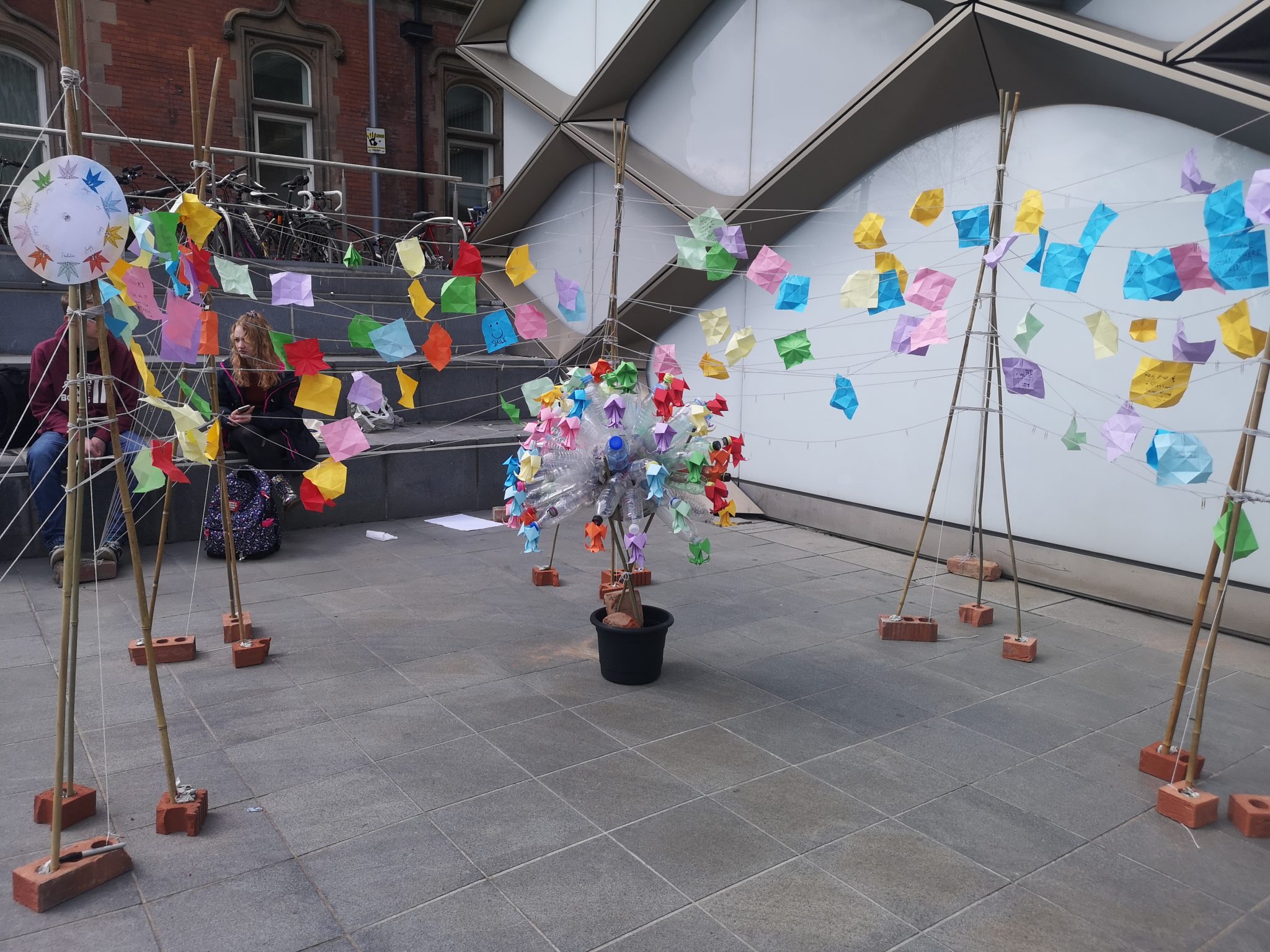 By Shekha McCarthy and Aidan Namugowa

Interactive art pieces created by Sheffield University students have popped up across the city with the theme of intervention.

The displays are a part of the final project for year one architecture students, and focus on giving and receiving.

Outside of the Diamond engineering building students are given out origami flowers for emotional support during exam season.

The art display asks participants to choose an origami flower which best represents the mood they are in today. There are 12 emotions to choose from, each represented by a different colour.

Esther, a first year Architecture student said: “we wanted to do something to help people emotionally during exam season.”

According to Esther the display aims to normalise emotions; “I think people can get very insecure as soon as you get them to speak about their emotions.”

Another display running inside the train station, asks members of the public to write down their favourite memory of Sheffield and take a memory someone else has placed on the piece.

Outside of the Sheffield Hallam Student Union a third display encourages members of the public to write down happy and sad memories, in order to reflect on their life choices.

where possible the groups sustainably sourced their resources, some even based their displays on the idea of sustainability.