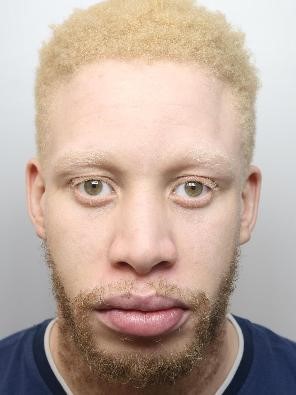 A Sheffield drug dealer has been slapped with an eight year prison sentence after appearing at Sheffield Crown Court on Wednesday (1st May).

Negus Nelson, 30, of Carbrook Road, pleaded guilty to possession and intent to supply Class A drugs.

Nelson was investigated under Operation Fortify but Sheffield’s Fortify team, and was found to be in possession of Class A drugs, large quantities of cash and a mobile phone used in the supply of drugs.

Operation Fortify was established to disrupt the activities of those involved in serious organised crime.

Detective Constable Lee Bower, the officer in charge of the investigation, said: “I’m pleased we’ve been able to build such a strong case and get Nelson the jail time he deserves.

“Every week we are carrying out operations to disrupt organised criminality and I hope this sends a clear message to criminals that we will be relentless in disrupting their activities”.

Nelson’s girlfriend Deiryan Dyce, 25, of Ellesmere Road, was given a nine month suspended sentence after pleading guilty of possession of cocaine.

South Yorkshire Police have appealed for members of the public to contact 101 or Crimestoppers (anonymously on 0800 555111) if they have concerns about drugs in their area.