Sheffield United Promotion Parade: Everything You Need To Know 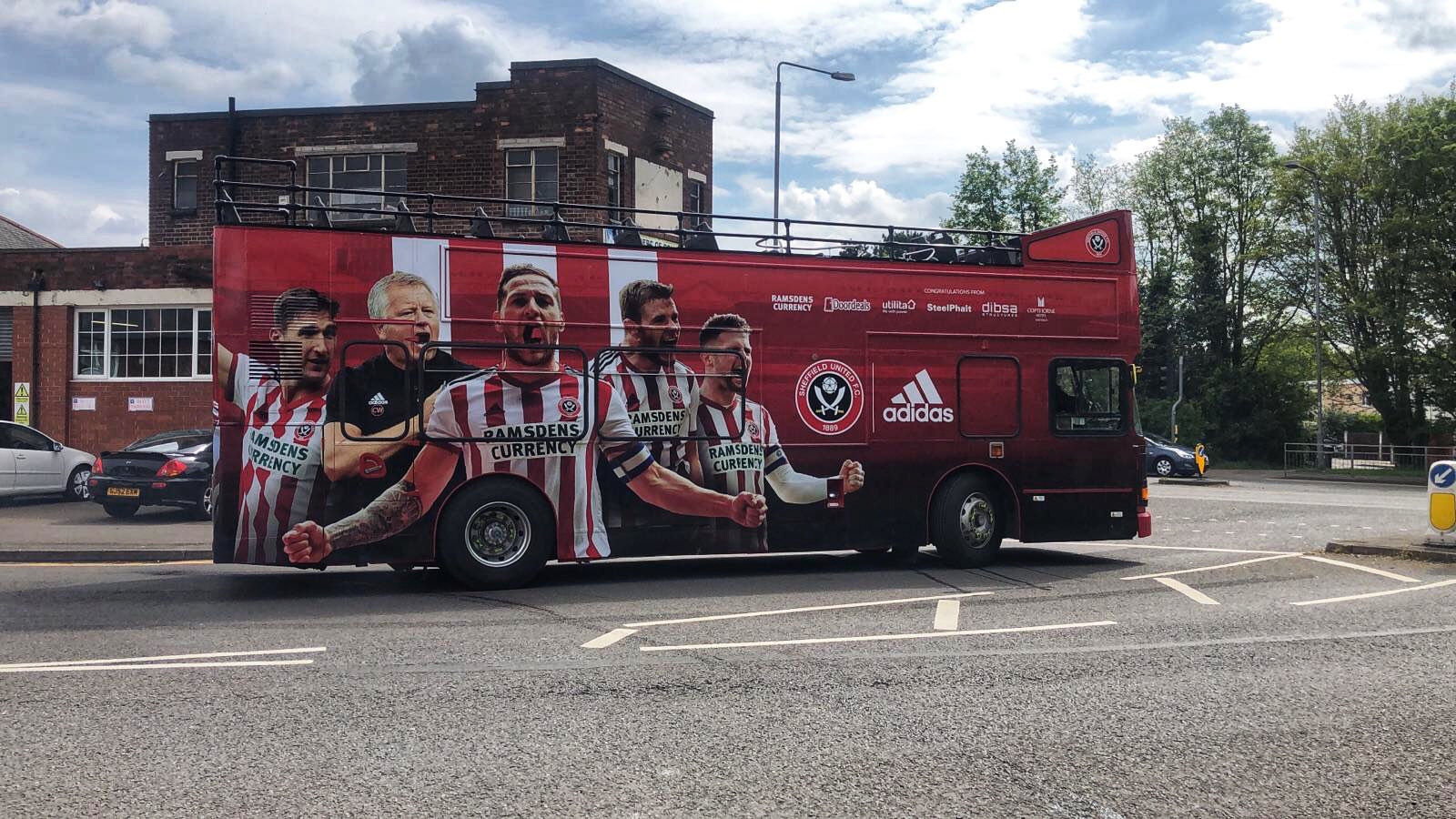 Thousands of jubilant Blades fans will flock to the city centre this evening as their heroes celebrate promotion to the Premier League with an open-top bus parade.

United finished the season second in the Championship table, six points ahead of Yorkshire rivals Leeds United, to secure a return to English football’s top flight after a twelve year absence.

To celebrate the momentous achievement, the club and Sheffield City Council have organised an open top bus parade, similar to the one that celebrated promotion to the Championship two years ago.

United manager Chris Wilder said: “We are delighted that Sheffield City Council are honouring our achievements once again. The event two years ago was memorable and we hope this one will be too”.

The parade will leave Bramall Lane at 17:30 and will arrive at the town hall at approximately 18:30 for a civic reception.

Supporters can line the route of the parade which will travel along Bramall Lane, Eyre Street, Arundel Gate, Norfolk Street and Surrey Street.

The players will be presented to the crowd at a traffic-free fan zone outside the town hall around 19:00.

Members of the public should be aware of the following road closures in the city centre:

Here’s a slideshow showing the route:

Sheffield City Council has issued the following rules that fans must follow during the celebrations:

-Be respectful of and listen to instructions from stewards

-Do not throw anything up into the open top bus

– Do not bring glass bottles into the fanzone

-Do not set off smoke bombs

-Do not attempt to enter the barrier areas

-Be respectful and do not swear

-Be aware of others around you during the celebrations

-Do not throw cans, cups or other solid objects into the air, across crowds or over barriers

-Make sure children are accompanied at all times