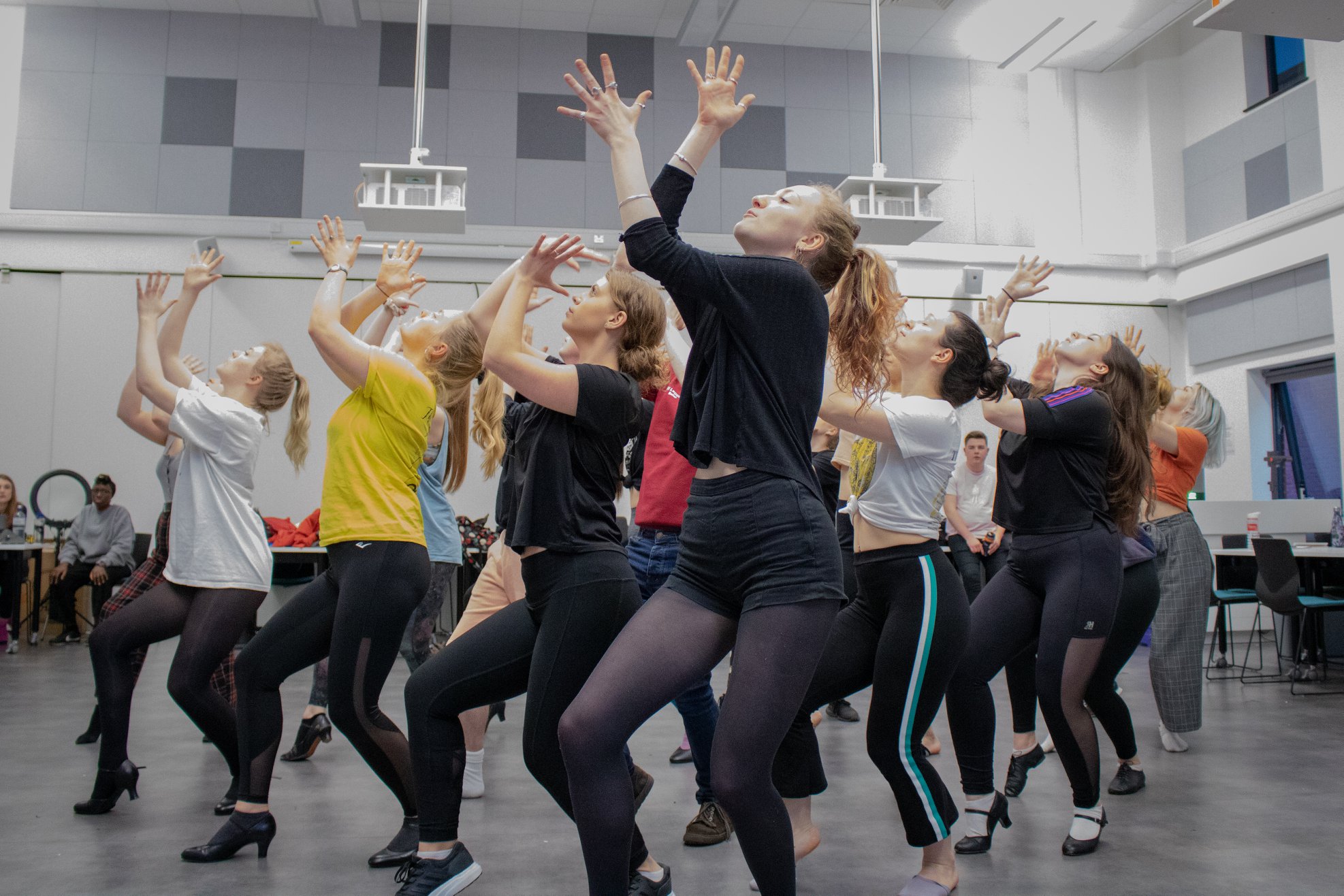 The Performing Arts Society had to completely repaint sets for Chicago just days before opening after a rights issue.

The society’s production of the hit show was halted yesterday when it was discovered that in order to keep the rights, the iconic black and red colour scheme could not be used in any of the staging.

Assistant Director and first year Journalism Student Alice Preece told us that  “The struggle with the rights meant our tech team had to completely redo sets from scratch yesterday. It was in the contract that we couldn’t use the colours for the marketing but we didn’t realise that it applied to the set as well.”

Today the society enter their last day of rehearsal, but obtaining the rights to the famous show took longer than expected.

“We initially applied for the rights but didn’t hear anything for weeks” said Miss Preece. “We had another show lined up and it came to the final day. We were an hour away from announcing the different show when the Chicago rights came through. It’s such a popular show and we knew how much we wanted to do it. The problem with the set was an honest mistake.”

The Performing Arts Society is the universities’ only society specialising in musical theatre. They put on two performances per year, with their most recent production being Into The Woods back in December 2018. The Chicago production has almost 70 people involved, including cast, tech and production team and the band.

The six-time Tony winning musical comes to the Sheffield Drama Studio on Wednesday 8th May and runs till Saturday 11th May. Doors open at 7 pm, with a matinee performance on Saturday starting at 1:30 pm.

Tickets are £9.00 for adults and £7.00 for students/concessions and can be found at www.ticketsource.co.uk/supas