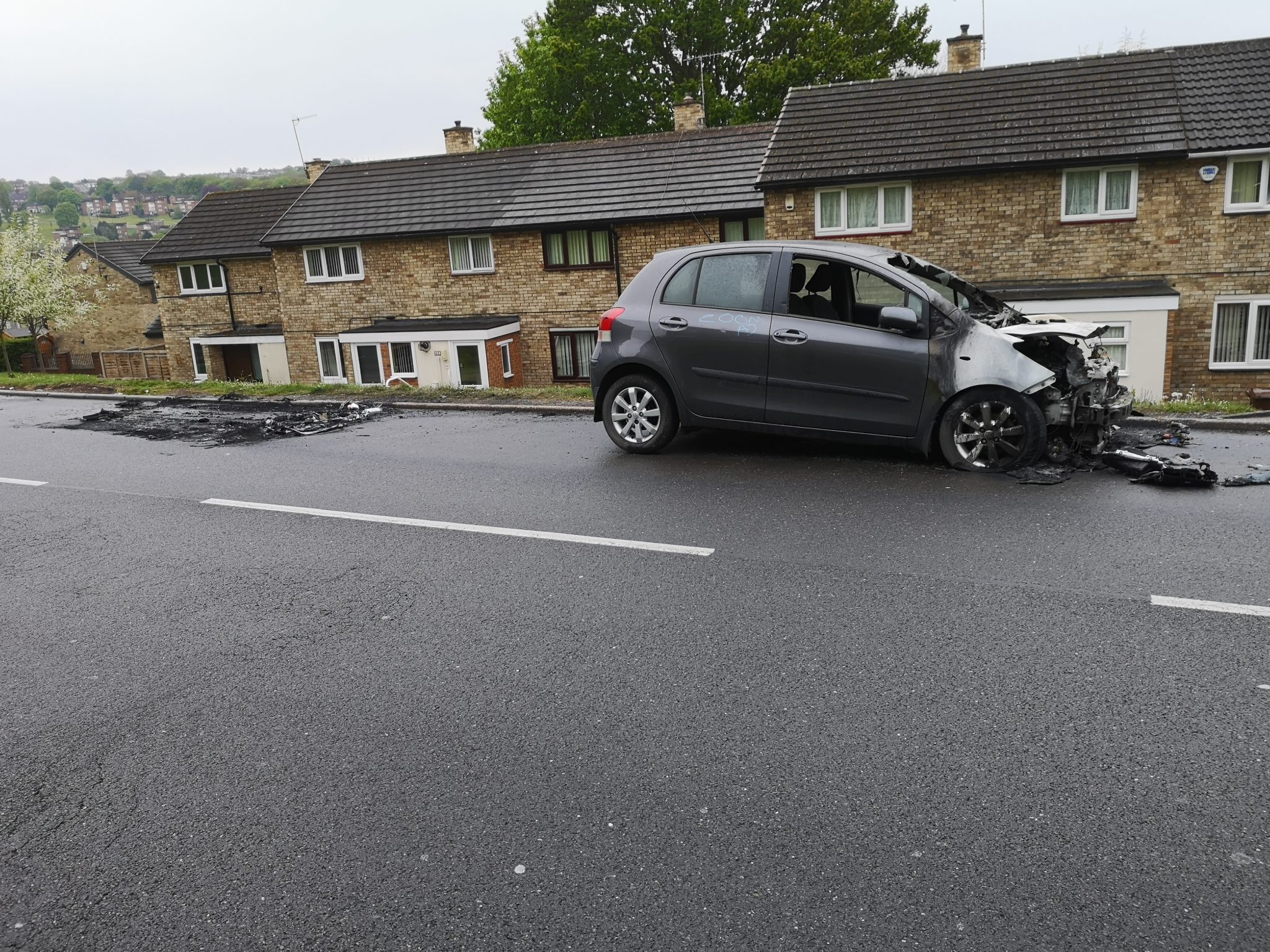 Arsonists torched cars belonging to a disabled woman and her elderly parents in Gleadless Valley on Tuesday.

A number of other cars, bus stops and bins were graffitied around the area on the same night.

The two cars belonged to the same family, an elderly couple and their disabled daughter, who rely on the cars to get to hospital appointments.

The 74-year-old man, who didn’t want to named, said “I looked out of the window and my daughter’s car was on fire. We saw the front of the car and it was a huge blaze, so I phoned my daughter and then 999. I was petrified.”

The call was made at 4:10 am, Tuesday morning, and fire services arrived to Blackstock Road around 4:30am.

One neighbour said: “I panicked, I thought my windows were going to go. I heard a little bang and when I opened the curtains it lit up the room.”

The disabled woman’s 78-year old mother said, “We’ve lived here for 47 years and haven’t seen anything like this before. People don’t seem to have pride. As far as the estate goes, it’s a lovely estate really but it has gone down. I’d imagine it’s not just Gleadless valley, it’s all over Sheffield”

South Yorkshire Fire and Rescue have described the incident as ‘deliberate’ and needed two hoses to put out the fire. Gleadless Valley Tenants and Residents Association have also said the majority of residents have contacted them with concern from the recent anti-social behaviour.