Male falcon fights to save his chicks after intruder breaks in 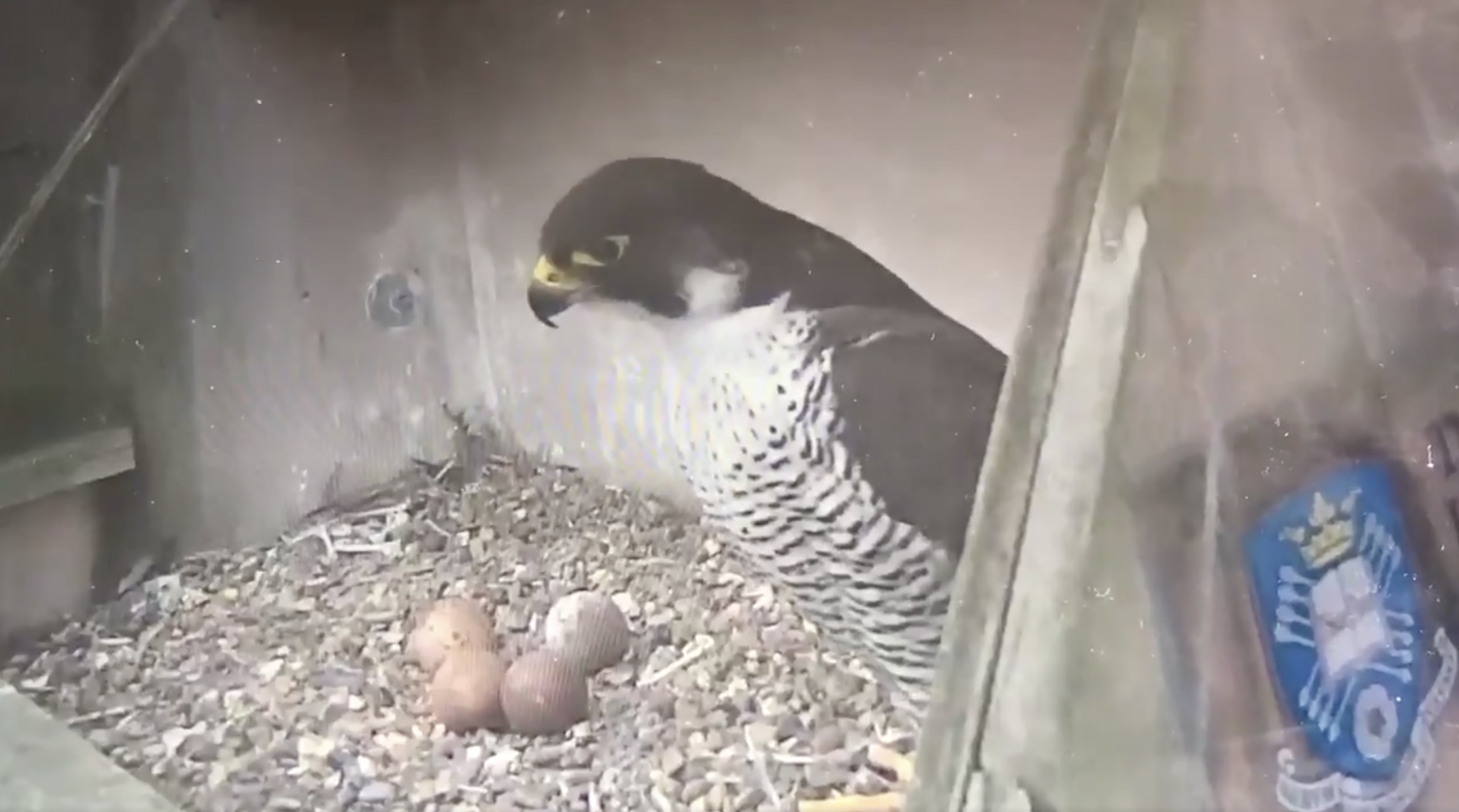 A male peregrine falcon’s efforts to protect his eggs ended in tragedy after a chick hatched on top of St George’s church died yesterday evening.

This came after he had to single-handedly fend off an intruder of his own kind and bring food for the injured mother falcon, all while sitting on the eggs.

Bird enthusiasts who have been monitoring the progress daily via a special webcam installed by the University of Sheffield took to Twitter to express their disappointment with the latest tragedy.

Forget Line of Duty and Game of Thrones, this is pure drama, and a happy ending looks increasingly unlikely 😢 https://t.co/t1i5xCDWy1

News that a pair of falcons has laid four eggs first broke by jubilant bird enthusiasts on April 4 (Thursday).

@SheffPeregrines Then there were 4. 😀 I will post the arrival of egg number 4 when I’ve made the clip shorter #peregrinefalcon #falcon #sheffield pic.twitter.com/fJ7JVnlKpV

However, the first signs of trouble were raised on May 2 (Thursday) after another Peregrine falcon was spotted trying to disrupt the peace.

Netizens later observed that the female falcon was injured.

@SheffPeregrines Here is the footage showing MrsP's struggles to collect & deal with the prey brought by Mr P … unfortunately I did not get footage of her flying off with it at least a further five minutes after my footage ended … https://t.co/QCg0xF5Qax

But daddy falcon refused to give up on his eggs, drawing praise from concerned netizens.

I saw this. Mr P was guarding those eggs. I’m amazed he stuck it out so long. He really is doing the best he can under such difficult circumstances. The intruder obviously was not going to budge.

While the intruder persisted around the eggs for days, netizens expressed a mix of hope and despair whether the chicks would be hatched.

Yes the eggs should be hatching about now, but the parents have spent so much time fighting off intruders that I wonder if they will actually hatch. Quite distressing to watch at times. 😢

A chick was hatched yesterday evening.

But joys turned to sorrows after it was pronounced dead minutes later.

. @sheffperegrines Chick being ignored by parent now after a lot of pecking at it – looks dead to me 🙁 pic.twitter.com/P3YvgBYxV8

Now 3 Eggs remain as the dead chick has been carried away by the male @SheffPeregrines pic.twitter.com/67ph9NmyZO

Sightings of Peregrine falcons in the Sheffield skies is a common occurrence.

In a joint effort by the University of Sheffield and the Sheffield Bird Study Group, Peregrines successfully bred for the first time in 2012 on a platform on St George’s church.