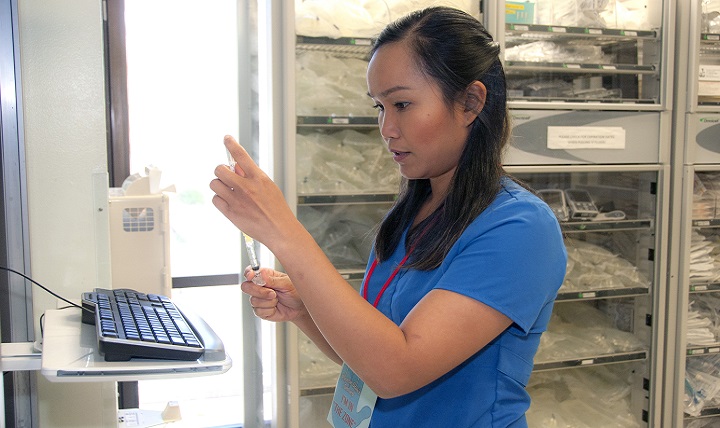 By Eva Ambler-Thomas and Maimoonah Abbas

International Nurses’ Day is held every year on May 12th, the anniversary of the birth of Florence Nightingale. It will be observed all around the world to celebrate nurses contribution to society.

In honour of International Nurses’ day we took to the streets of Sheffield and asked people what they think of nurses and the work they do. Here’s what we found.

Store Manager, Lucie Cookson, 28 said: “I think they are very important they’re probably one the most important staff. They’re the people that look after you and I think they’re overworked, underpaid and underappreciated.”

Retired pensioner, Martin Hammer, 70, who spent three days in Chesterfield Royal Hospital said: “It was very surprising that all the staff on the ward, not just the nurses were so polite, so helpful and so accommodating. They really made you feel as good as they could. Medical staff you never even saw them it was very disappointing.”

He added: “One patient wouldn’t stop pulling his tubes out so a nurse sat beside him the whole night to make sure he didn’t hurt himself. They do tremendous work.”

Mr Armstrong had a son 18 months ago and expressed that the nursing staff within Cheshire West were particularly friendly and efficient.

He also said that their position is very difficult and they do a very hard job considering the current financial climate.

“I think more should be done by the government to support them, reward them and improve the finding for NHS to give them the training and recognition that they deserve.”

Student, Hannah Dalgleish, 22 said: “They should be celebrated because nursing is massively important in the sense that most people when you go to the hospital, the first face that you see is a nurse, they are the first point of contact.”

“I feel like nurses tend to be more involved with elderly people.”

Miss Dalgleish explained that due to the majority of people in hospital being elderly, it is important in a sense that our most vulnerable people in society are being treated by nurses.