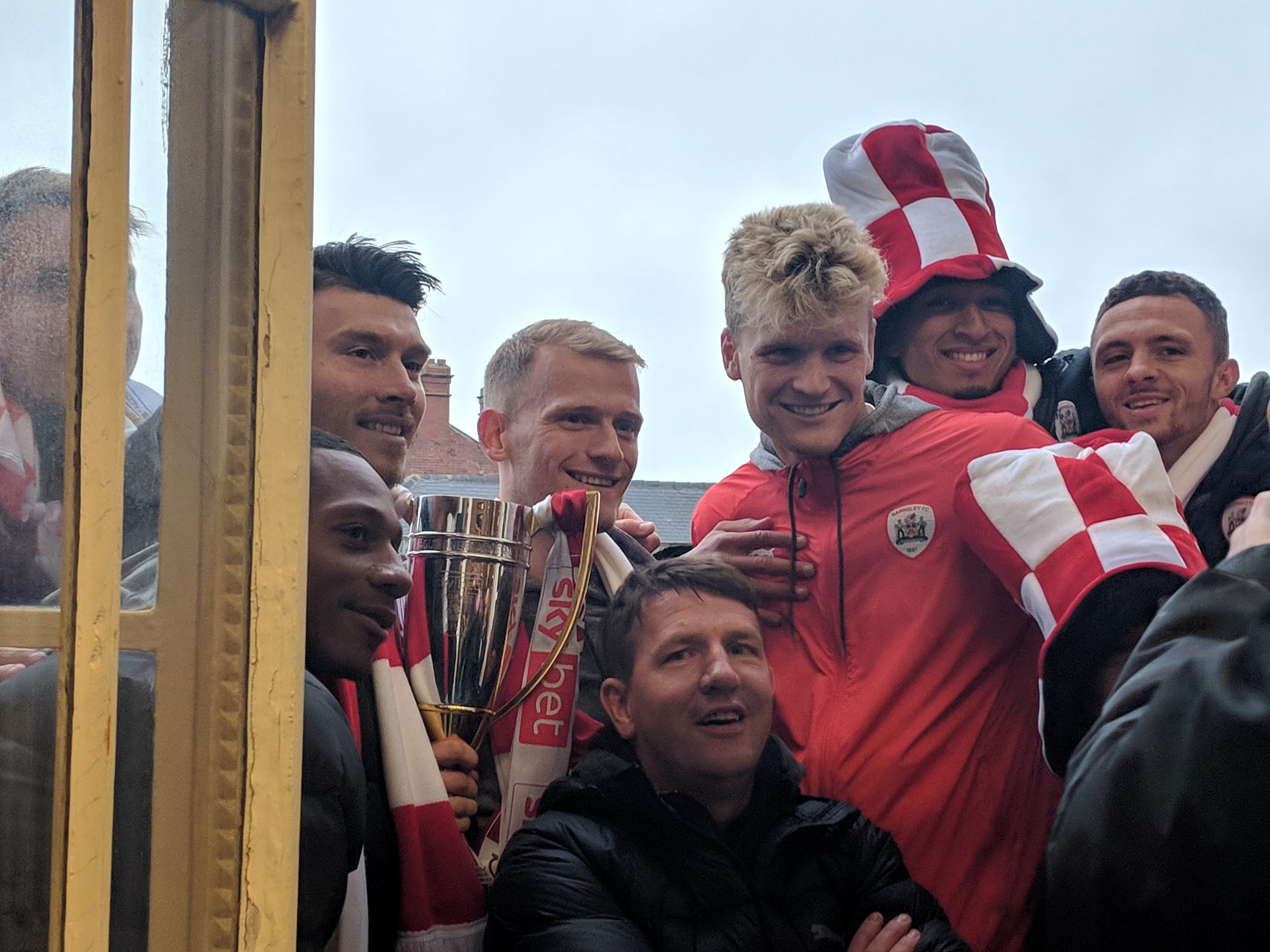 Fans of Barnsley FC turned out in droves as the team celebrated their promotion to the Championship with an open bus tour of the city.

The Tykes return once again to the second-tier of English football having been relegated from it the previous season.

The bus travelled from Oakwell all the way to Barnsley Town Hall, with supporters eager to show their gratitude to the team and celebrate promotion with the players who made it happen.

“It’s been an unbelievable season, for the club and for me personally. Getting player’s player just topped it off and with promotion as well it’s unbelievable.”

Top scorer Kieffer Moore said: “It’s everything for this club and city. It’s what we have all been backing for all year.

“We have had that relentless attitude about us and thankfully we’ve done it and everyone is here to celebrate.”

“It’s amazing for everyone to come out on a day like this, especially when it’s raining. To hear them out there, chanting us like they’ve done all season is a massive congrats to them for backing us all the way throughout the season.”

First team coach Christopher Stern said: “It’s quite big for the town. You could see from the very first day, even though we got relegated last season, how positive the town was, about how fast we could draw the line and start new and start fresh.

“The players have really bought into that philosophy very fast and I think you could see it from the very first day of the season.

“Even during the season, both in home and away games, the support was unbelievable. For us as footballers and a club, it’s amazing to see that we can give a little bit back.

“The fans definitely make a difference in games. I remember around Christmas, we were playing against Portsmouth or Doncaster and we were one-nil down and the support from the stands didn’t lessen, it was the opposite, it just got stronger.”

The Tykes will kick off their Championship season in August.