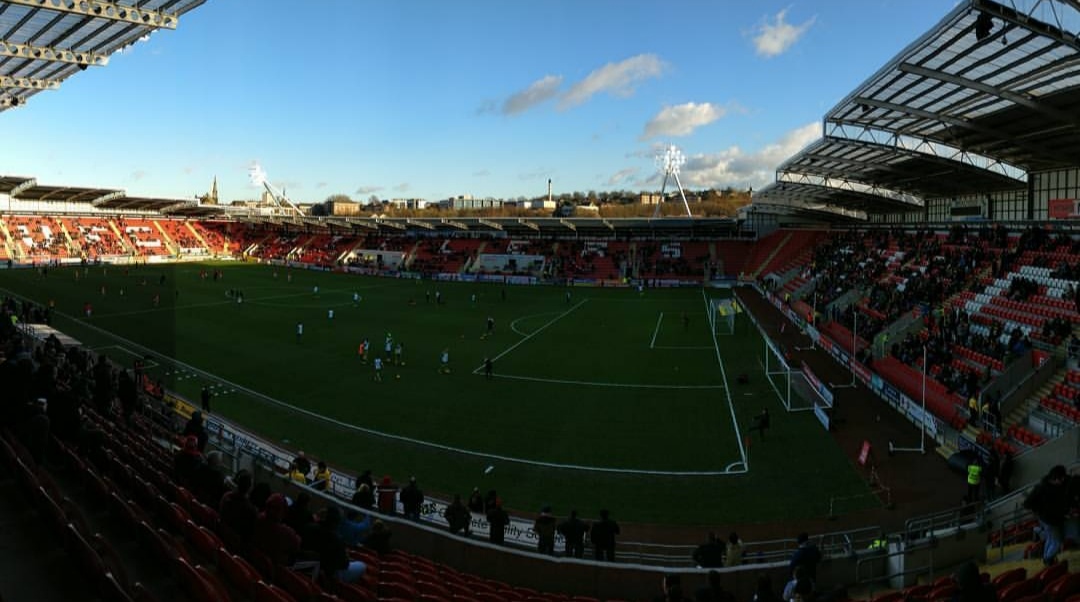 Joker FC and Scawthorpe Athletic are preparing for a ‘next level’ game in the Sheffield Senior Sunday Cup final tonight.

The game is to be played at Rotherham’s New York Stadium.

Andrew Battersby, Manager of Rotherham based Joker FC said: “Rotherham have had a long season, but the pitch is still in fabulous condition. They are a local football club to us and it’s an honour to share it for the evening.

“We’ve followed Scawthorpe throughout the cup and they’ve beat some opponents that we have as well. We have done our homework on them and we aren’t taking them lightly at all.

Joker’s key players include their captain Joe Austin at the back, midfielder Danny Patterson who has played 300 games for the club, and top scorer Ross Duggan. Together they have only lost one game in the league all season. They are hoping to make this their third straight senior cup win.

Battersby said: “We’ve come off the back of two quadruples, but this is the big one that you want and this is the main one for us. We are hungry for more and looking to win five trophies.”

Meanwhile, Doncaster club Scawthorpe Athletic are looking to make this their second trophy of the season having gone unbeaten in the league. They have scored 139 goals in all competitions so far.

Mick Largent, Media Manager at Scawthorpe Athletic said: “We’ve picked up a few players from a team that has folded and it has helped us push onto the next level.

“Shaun Mundy and Sam Corner have helped us play a good attacking style of football that creates chances.

“For our level of football, this is what you aim for. This is next level stuff with a professional set, all seater stadium.

No Doncaster team has ever been in the final of the Senior Cup before.

Largent said: “We’re absolutely relishing this game. We’ve played the underdog very few times this season as we’ve been the ones to beat.

“They won’t beat us on hard work. If they’re a better side than us, it won’t be despite that hard work. Anything can happen. Tonight would be the icing on the cake of our season, it would be unbelievable. It would be the best thing I’ve ever seen in Sunday league football.

Kick-off is 7.30pm this evening at the New York Stadium. Admission is £5 for adults and £3 for children and concessions.