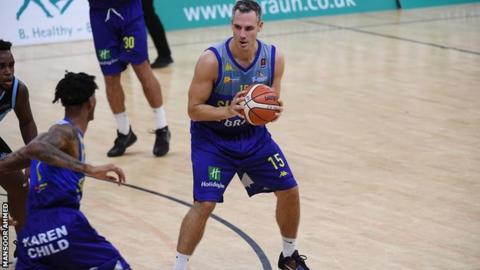 Local basketball team, the Sheffield Sharks, will play their final ever game at EIS against the London City Royals in the playoff semi-finals this evening.

The Sharks will play their fixtures at Ponds Forge from next season to provide more stability and an easier location for fans to access.

Captain Mike Tuck said: “This is my tenth year at the club and we’ve always played at EIS. For me and a lot of people who have been at the club for a long time, this is an emotional moment.

“EIS is the place we have called home for 15 plus years. It would be great to get a win which would be a great send-off there.”

The Sharks progressed to the semi-finals with an aggregate 191-187 over the Newcastle Eagles last week.

Reflecting on the aggregate score rule in place over the two legs, Tuck said: “Personally I am not a big fan of it, although it did work in our favour in the quarter-finals.

“The games are of two halves. You play the first game to get to the second game, you can’t give up no matter what. We’ve had situations where we lost the first game by 15 and won the second by 25. You’re never truly out of it.”

“You have to keep playing to the last dying second as though it’s the first half.”

Their opponents, the London City Royals, progressed into the semi-finals after a surprise win over third seed Glasgow Rocks.

Tuck said of the Royals: “They’re a tough team full of star power. They’re very athletic and very tall so it’s a tough team to match up against.

“We know we can beat them; we were their only home loss this season, so we fancy our chances against them.”

The Sharks will be hoping that Dirk Williams and Chris Alexander will continue their fantastic form after hitting 23 and 28 points in the previous game.

The winner of the two legs will book their place in the final at the O2 Arena in London on May 19.