Sheffield landmarks are set to turn blue this weekend 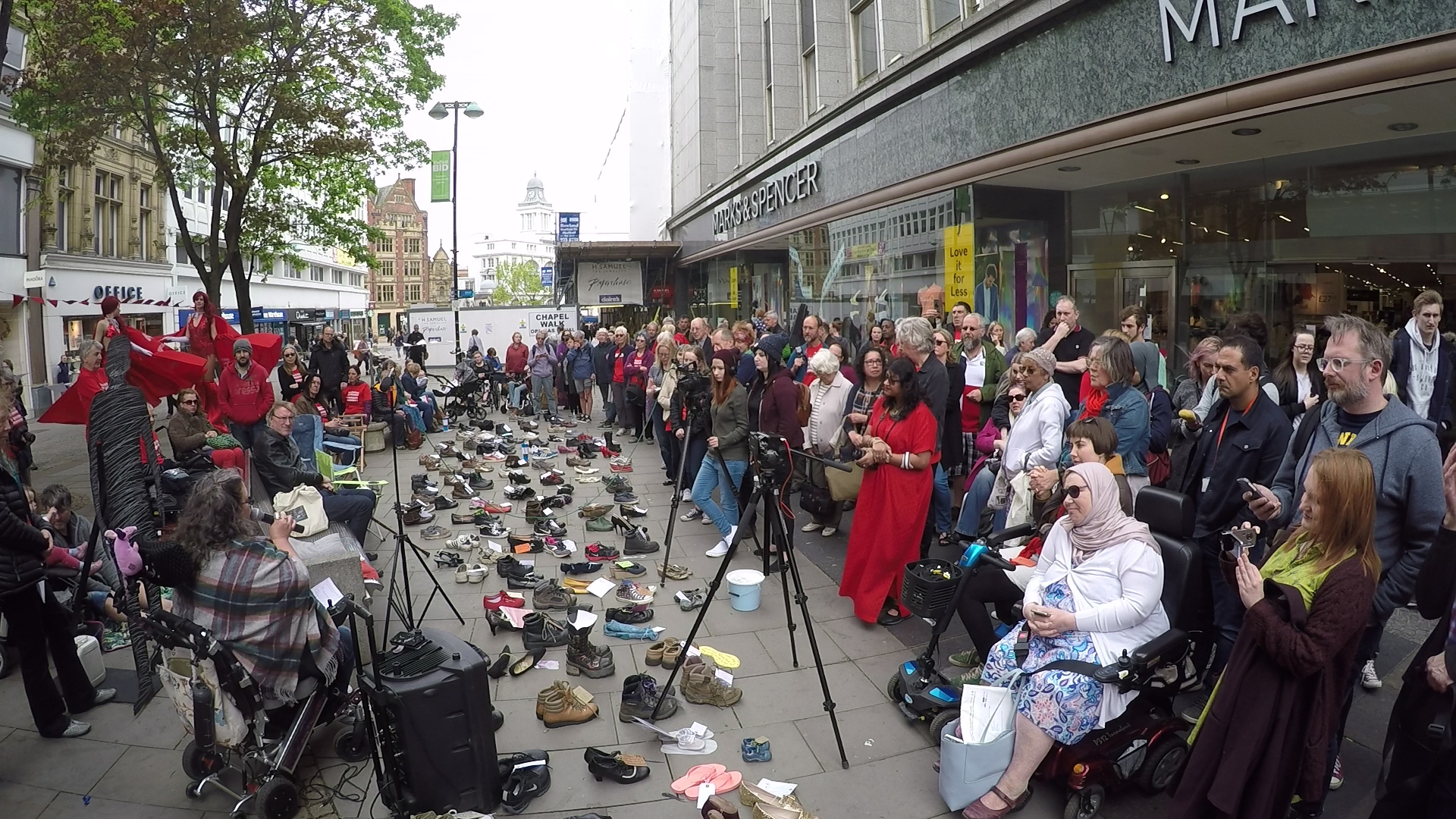 Sheffield landmarks are turning blue this weekend to mark ME awareness week.

On Saturday 11 May, the city will see attractions such as the Peace Garden fountain and the big wheel in blue lights, alongside landmarks across the globe. Monuments such as York City walls, a Geneva fountain, and Rotterdam’s largest bridge will be joining the Steel city in solidarity.

The campaign marking the week, ‘#MillionsMissing’, was coined to commemorate the many lives lost from M.E. each year due to the lack of effective treatment.

M.E. – Myalgic Encephalomyelitis, is a long-term neurological disease which commonly affects the nervous and immune systems. In South Yorkshire alone, over 5,000 people of all ages live with M.E., with over 1,300 housebound or bedbound.

The day will also see the streets lined with shoes and footwear belonging to ME sufferers, which have been made redundant due to the debilitating illness.

MPs Louise Haigh, Paul Blomfield and Clive Betts will speak across the weekend, after they lobbied the government in January this year for increased biomedical research funding for those who living with M.E.

Carolyn Leary, who is a full-time carer for her 25-year old daughter with M.E., has been working with Sheffield ME and Fibromyalgia Group to insure the weekend’s plans resonate with members of the public.

The commemorative event is in its second year, with last year proving to be a great success.

For more information about the campaign, visit millionsmissing.org