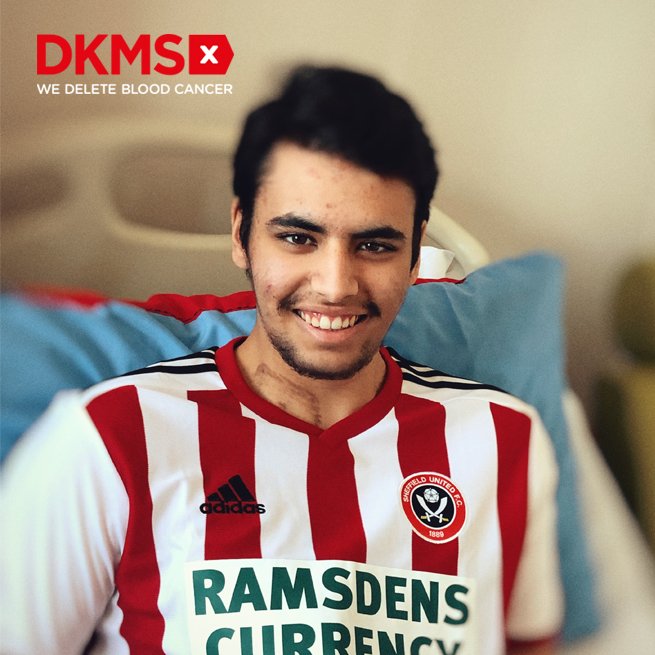 A teenager who needs a bone marrow transplant has appealed for people to register as donors to help him fight myeloid leukaemia.

Haris Hussain, 18, lives in Chapeltown and studies sport at Barnsley College. He is a cricketer, ice hockey official and Sheffield United fan.

He was diagnosed with the illness in March.

Matt Longley, good friend of Haris and chairman and coach of a cricket club in Leicestershire said: “The diagnosis, as is often the case, had come out of the blue, the family were all in shock and didn’t know what to do.

“Haris had simply been feeling tired as if he had a virus.”

The process of chemotherapy has been difficult for Haris as well as him having to have a bone marrow sample taken for testing.

He is mixed race, British and Pakistani, so finding a match will be very difficult as there is not a lot of people on the register with that heritage.

Longley said: “There is a 30% chance that a family member would match but that is usually a sibling rather than a parent and Haris has no brothers or sisters, so another difficulty.

He said that the only realistic chance for him is to raise awareness and get as many people to register as possible.

However, his spirits are kept up by the support from friends, family, and the fact that Sheffield United have achieved promotion.

“Haris’s family is a very close-knit and are all lovely people who can’t do enough for anyone”, Longley said.

“DKMS and Sheffield United have been fantastic and really helpful with raising awareness.

“At the match V Ipswich we had 12 volunteers taking swabs and 145 fans registered.”

When registering as a donor, you are entered onto a global database, meaning you could help anyone who is in need of a stem cell or bone marrow transplant.

For more information about registering as a potential donor, visit www.dkms.org.uk.