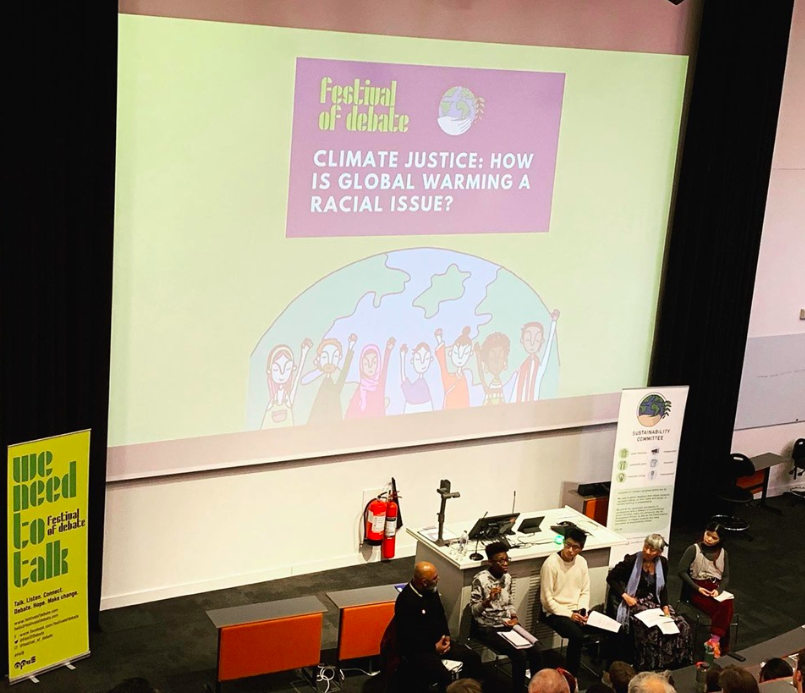 In association with University of Sheffield Sustainability Committee, the panel presented their talk and answered questions on May 10, to a fully booked theatre of students, and other activists.

The individuals addressed how communities in the Global South, indigenous groups and poorer communities, often consisting of people of colour, suffer the economic and social impacts of climate change worse.

Asad Rehman, Executive Director of War on Want, spoke on how politicians should be pushing for structural change, in order to tackle climate change.

Mr Rehman said: “If climate change was affecting the north as much as the south the action and urgency would be very different,” He added: “The trouble is we’re asking the government to tell the truth.”

“People are willing to sacrifice other people to protect their economy. British banks are profiting over debt creating laws in Mozambique through Climate change.”

Angela Chan, founder of Worm, said: “People are quick to say that China is one of the leading causes for Carbon emissions and pollution through their factories – but those factories are catering the demands of consumerism from the west”

The panel urged the youth to take part in movements and join as many groups as possible. They spoke on how groups like Extinction Rebellion, a socio-political movement that protests climate breakdown, gains the attention of journalists through it’s bold movements.

Judy Ling Wong, founder, Honorary President and former UK Director of the Black Environment Network, said: “It is an immature rebellion but it is needed – it is the only way to be noticed”

Ms Wong also asked that people keep the conversation of the disproportionately of climate change alive, and to continue educating those around us.

She added: “I don’t want the passion of people to be shut up just because they don’t have the answers – teach them.”