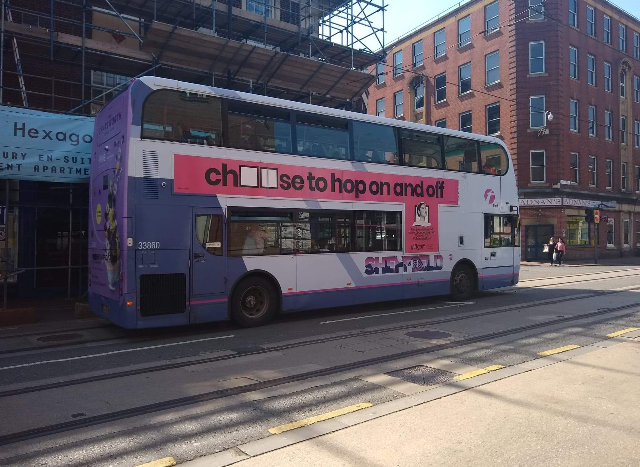 First Bus decided to make permanent changes to the x78 bus and it will no longer be servicing Pitt Street, South Street and Deepdale Road.

The bus company has said that the route altered due to an increase in residential parking and blocked roads. They say this then made it difficult for buses to pass.

Deepdale local, Julie Stirbley, 46, said: “The bus company has said it’s too narrow and there are too many cars along the route, but since we’ve lived here (12 years) the road hasn’t got any busier, there are no more cars than usual and it’s no narrower than it has been”.

The decision from First Bus has meant that residents of Deepdale road and the surrounding area, would have to cross the busy Meadowbank Road on return from Sheffield City Centre.

Mrs Stirbley, said: “My Mum is elderly and Meadow Bank road is exceptionally busy, she wouldn’t have a chance in hell of crossing that road. There has been a bus route here for 25 years so she has become accustomed to it. It is not ideal at all.”

The x78 bus was originally taken off the Deepdale route due to road works and has not returned since. First Bus say that these works narrowed the road and have led to the bus having difficulty passing along the route.

Despite what First Bus have said, residents disagree and have said that nothing has changed.