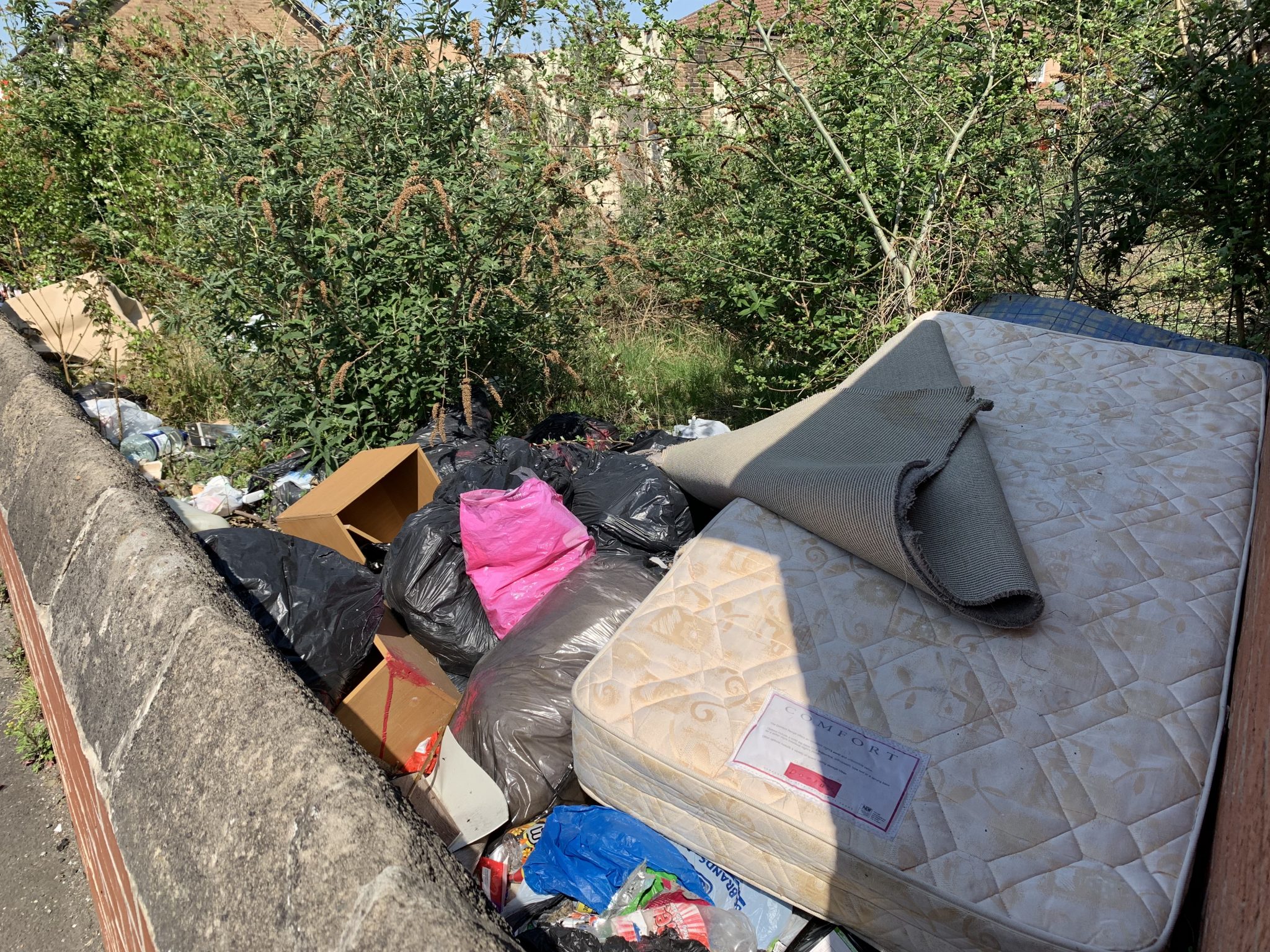 Fly tipping in front of homes and shops have led members of the public to demand answers from a council contractor.

The people of Darnall shared concerns of rubbish disposals in front of alleyways and homes that have created eye sores and horrid smells.

During a meeting run by the Darnall Forum, 44 organisations came together to discuss the issues.

Mothiur Rahman, 48, the Chairperson of the Darnall Forum said: “It’s terrible, there is months old trash thrown everywhere and no one is doing anything about it,”.

Mr Rahman said he was forced to take the trash dumped on his property and dispose of it himself.

Reports of mattresses, bed frames, and bags of general waste being disposed and uncollected were put to Andrew Staniforth, a community steward of Amey’s Street Cleaning contract.

“When we make a complaint, why is it not taken seriously?” Mr Rahman asked during the meeting. He stated he had made several complaints which were only heard back to after a month of reporting the issue.

Copious amounts of rubbish left next to shops lots within the area of the Old Yorkshire Bank, were also raised. A member of the Somali Women’s Association said: “The lot is full of rubbish and I have to walk there everyday, I phoned about it but nothing has been done.”

Andrew Staniforth said: “At Amey we do take your complaints seriously, but unfortunately not everything is in our control.”

He claimed that Amey is at the end of the chain, and environmental services would need to come out first and do their checks, before Amey can remove the trash.

Mr Staniforth ended the questionnaire by stating that Amey and Streets Ahead do however support local litter picking initiatives.

“If people are out litter picking, we will loan the litter pickers, and come and collect the bags of waste at the end of the process as well,” he said.