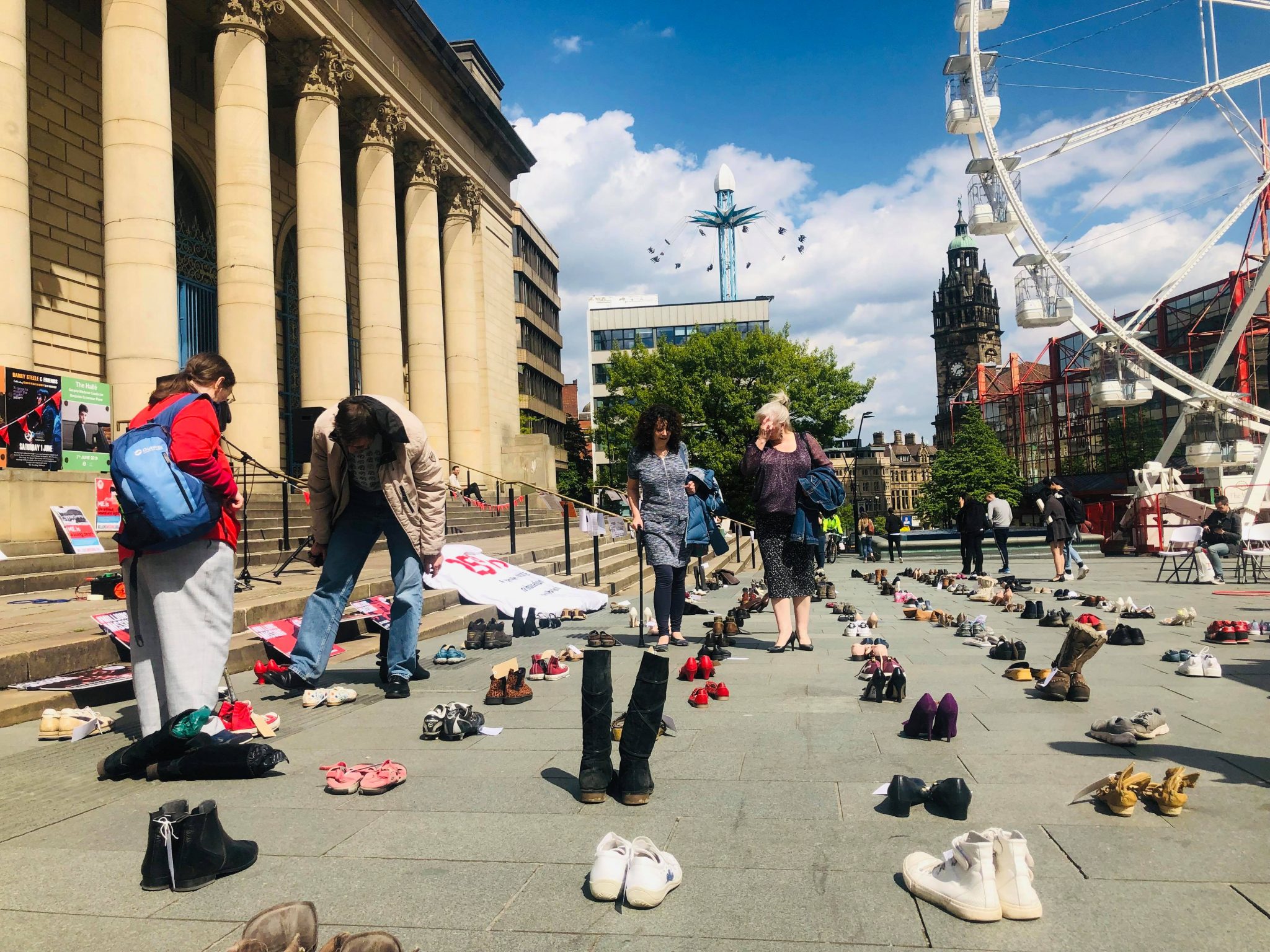 An event by the Missing Millions Campaign was launched in Sheffield City Hall on Sunday morning to raise awareness about ME disease.

The event was hosted by Sheffield Myalgic Encephalomyelitis (ME) and Fibromyalgia Group for people suffering from devastating syndromes of ME, as well as carers and performers.

The City Hall space was stacked high with pairs of shoes with tags, each carrying the story of a victim of the disease.

Lynda, a volunteer, 64, said: “These shoes are all sent by people in Sheffield who had ME, and they cannot be here so they send a pair of shoes and they send a message with them describing what they are missing.”

Carolyn Leary, 62, Chair of Sheffield ME and Fibromyalgia Group and the event organiser said: “Each message is sent by somebody who is a sufferer of ME or is bedbound or housebound. We think that in Sheffield there are around 2 500 people with the illness.

“We want to celebrate our strength as a whole community, that is why we are streaming live today. We are demanding more investment and research, the removal of Graded Exercise as a therapy that is only harming people with ME.”

The group also wanted to thank the Myalgic Encephalomyelitis Action Network who coordinated the action globally and are working on the lack of awareness that currently surrounds the disease.

Pam Kelly, 72 ,said that her daughter has been suffering from ME since the age of 18. It wasn’t recognised as the disease until the diagnosis and worsening symptoms.

She said: “Many doctors still don’t recognise ME as an illness. It stops you from living a normal life, doing everyday things like walking or socialising. It is devastating, it affects your immune system and nervous system so you are unable to work or lead a normal lifestyle.”