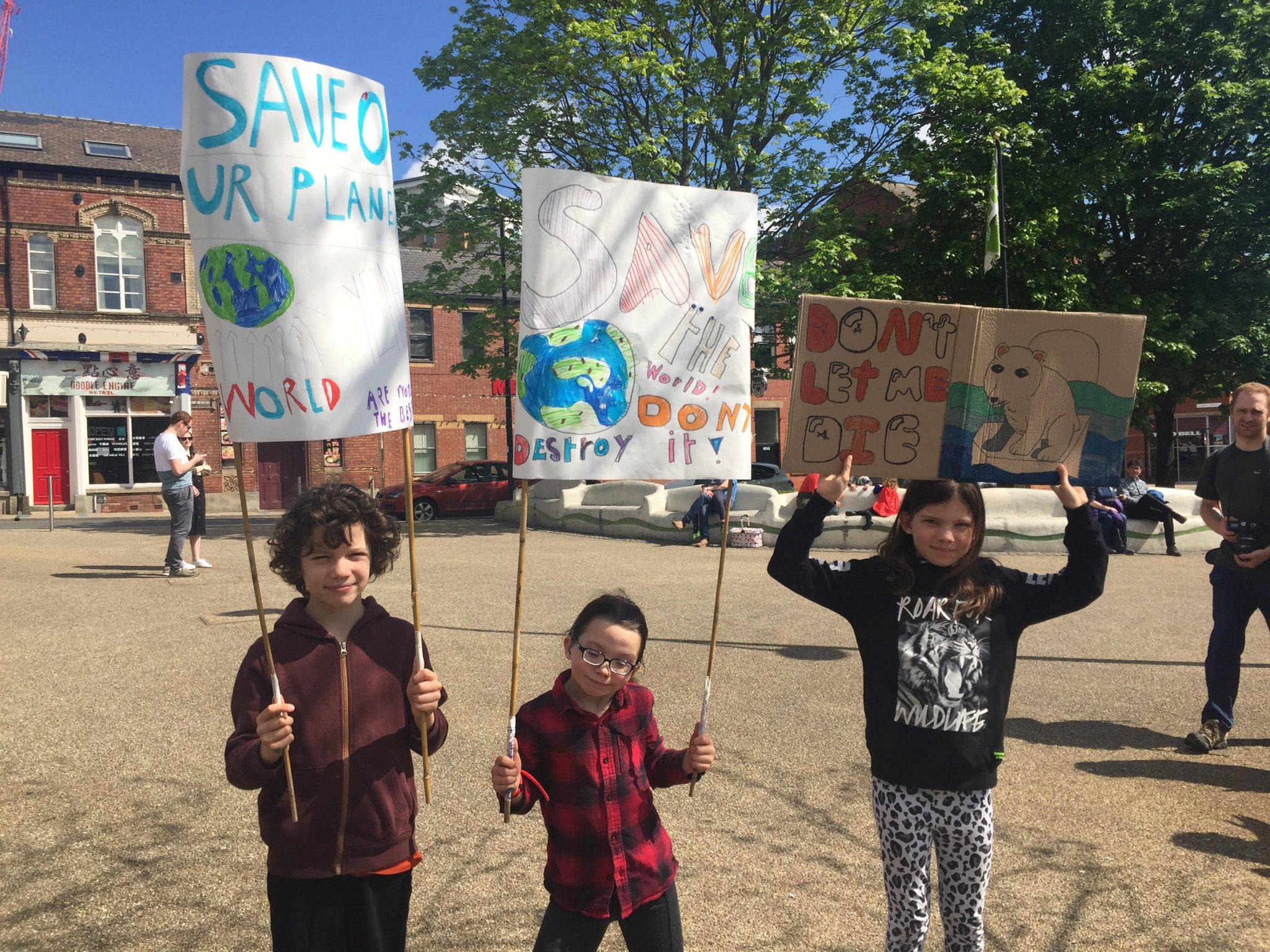 Hundreds of families marched together yesterday at the Parents Protest March to fight for their children’s futures.

The protest, organised by Sheffield Green Parents, began at 11am on the sunny Devonshire Green and proceeded into Sheffield City Centre to ultimately end at the Peace Gardens with a picnic.

Many families, passionate about climate change, were in attendance, such as Daniel Thornton, Lydia Ainscough and their baby Tiger-Lily. They said:

“As young parents we think that the next generation deserve a clear future and a leadership that will take responsibility for their actions. There’s only so much change you can do individually, its time for the big bosses to make a change.”

The march was also attended by former Lord Mayor of Sheffield and European Parliament candidate Magid Magid, who welcomed them and said:

“It’s absolutely amazing to see parents, children all coming together to purely send a message that we need to do something now.”

On leaving Devonshire Green, the parents, and most children were equipped with signs and meaningful posters, with messages of climate change objection.

One family with three children; Naiomi, Leah and Max had all made their own signs to bring to the protest.

When arriving at the Peace Gardens, there was a great atmosphere, with a full band and many people took to the microphone to express their concerns about climate change and what needs to be done.

The third Climate Change protest in Sheffield this year ended at one o’clock, with the families all congregating on the green areas of the Peace Gardens.