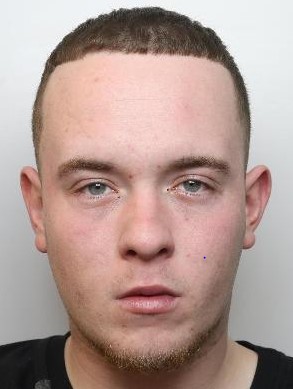 A Sheffield man has been sentenced to eight years in prison after admitting multiple, serious drugs offences.

Dillon Crapper, 21, was handed an eight-year sentence for possession with intent to supply class A drugs including crack cocaine and heroin, possession of cannabis and possession of criminal property at Sheffield Crown Court on 30 April.

Detective Inspector Jamie Henderson, who leads Sheffield’s Fortify Team, said: “This has been a lengthy investigation, with the team working extremely hard to gather intelligence around Dillon Crapper to prove his involvement in drug supply.

“Officers recovered large amounts of drugs from both properties and Crapper had tried to conceal evidence by hiding packages in socks, vases and shoes.

The drug expert witness in the case stated that the variation of drugs and equipment found made it clear that Crapper was a dealer, and evidence that he had been cutting drugs himself elevated him beyond being a simple street dealer.

Crapper initially claimed he had been forced into dealing drugs, but pleaded guilty to all charges on Friday 26 April at Sheffield Crown Court.

A large amount of class A drugs were recovered, along with further packages of class B drugs, knives and digital scales. The street value of drugs found at the property was estimated to be around £15,000.

The team also found and seized almost £6,000 in cash and a collection of high-value jewellery.

A further man, Simeon Brown-Wild, 18, formerly of Sheffield, was also given a two-year suspended sentence after pleading guilty to being concerned in the supply of cocaine and heroin.

Mr Jamie added: “This man dealt drugs across the Manor and Arbourthorne area and has caused untold misery for countless residents.

His sentence is hefty and so it should be as his crimes have had ripple effects across the city.

I hope this acts as a warning to others who are involved in drug supply that we are dedicated to finding you and bringing you before the courts.”