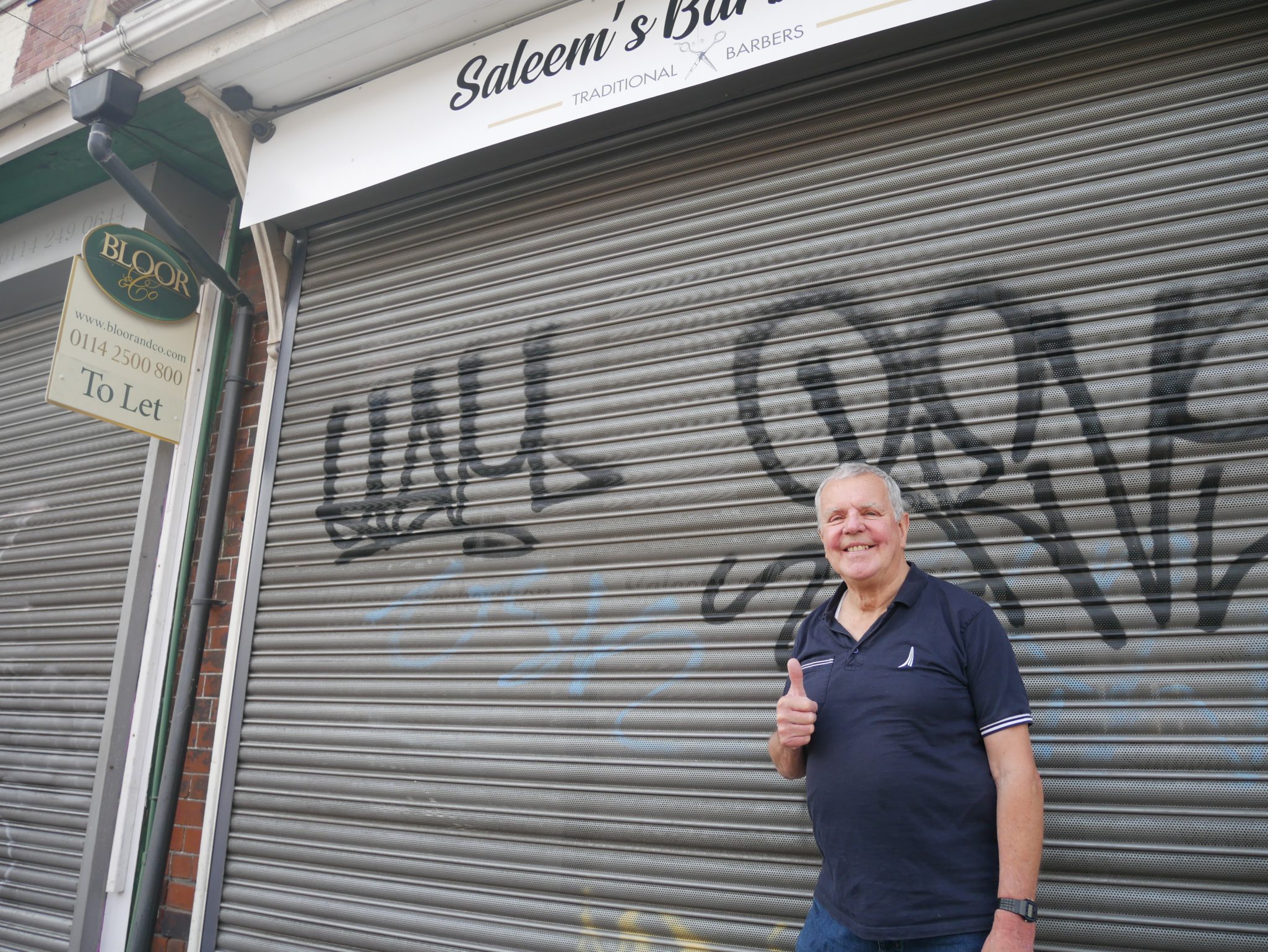 Residents from the Sharrow community have banded together to fight against graffiti vandals who are ruining local businesses.

On 14 April, a project called the Sharrow Experiment led by Jack Massey was launched at the junction of Wolstenholm Road and Sharrow Lane.

Jack Massey, 72, organiser of the experiment, said: “The tags spoiled the streets and I don’t think you can call any of this artistic, it is just mindless. ”

Nine out of ten shops in the Sharrow neighbourhood have been suffered from a plague of graffiti which makes the streets seem vandalised.

Helen Holmes, 53, owner of the Elements LDC, Wolstenholm Road, said: ” I don’t mind graffiti if it is done in the right place but obviously it’s not. Basically, they are ruining people’s shop front cause when they are spraying, it goes straight through and we have to clean it off!”

The Nether Edge Neighbourhood Group has provided financial help to this experiment and also people who are passing by recognised what they are doing are welling to give help.

“Too often people disappear it and say what can we do, but we are trying to tell them that there are things you can do instead of lying down and see your streets being vandalised.

Mr Massey added, “There was an old saying ‘monkey see, monkey do’. I hope by what I am doing people live in this community can copy it and hopefully we can make a  wider range of impact.”

So far the graffiti that had been cleaned up did not reappear and this project will be lasting for six months with continuously support by Mr. Massey and NENG. It is hopefully to discourage future vandalism and perhaps offers a model for other areas.