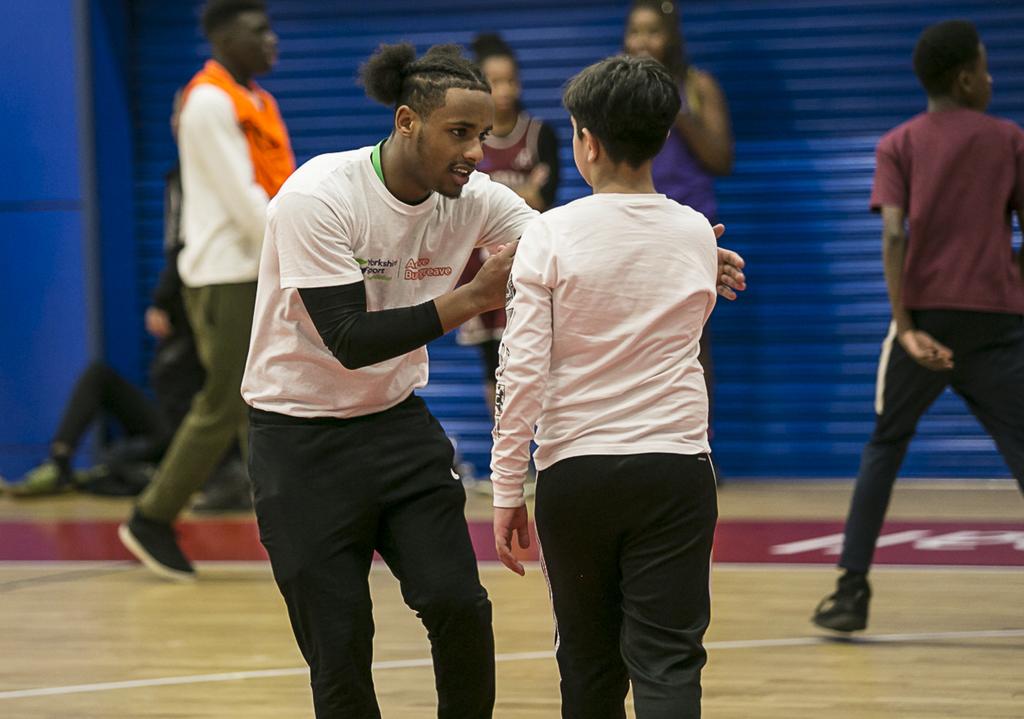 A teen from Sheffield College beat out hundreds of nominations to come runner up in the Inspirational Student and Volunteer category at the national Association of Colleges Sports Awards.

Tesfahun Awoke, 19, is an active member of Big Brother Burngreave, a sports project that aims to get boys in Burngreave and Darnall off the streets and into sports.

He also volunteers at his college football club, taking over from his coach and acting as captain.

“There are not many people who want to work without getting paid, but I think if people see me doing this, then they might be motivated too.”

The awards give colleges from around the country the opportunity to celebrate the achievements of students and staff in college sport.

This year a record number of nominations were submitted.

Tesfahun said: “To be an inspirational student you need to be open and understanding and fun. People never see me without a smile on my face.”

Big Brother Burngreave launched in 2013 following a double shooting in Burngreave after Safiya Saeed, founder of the project, believed that teens were turning to crime to get attention from their parents.

Mrs Saeed said: “These boys with anti-social behaviour have got mental health issues. They’re vulnerable, they’ve got no support.”

South Yorkshire’s 2018/21 knife crime strategy has revealed that, 26 percent of named offenders of knife crime are under the age of 18.

Mrs Saeed added: “The only time they get attention is when they get stopped and searched.”

Last week, the government announced that South Yorkshire Police is to receive £2.58 million as part of a Serious Violence Fund.