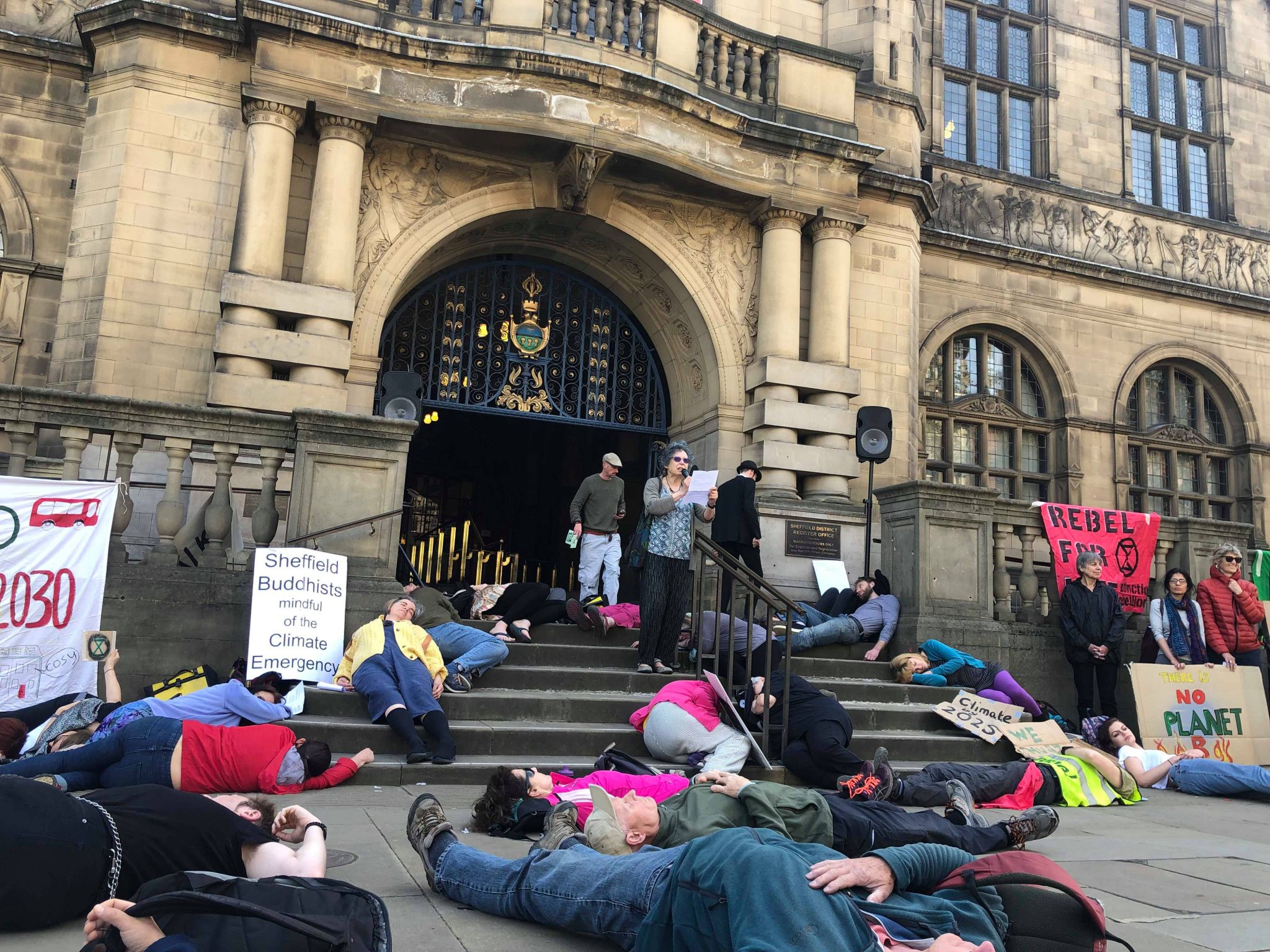 Extinction Rebellion protesters staged a “die-in” outside the Town Hall, as the newly-formed council began their first meeting.

The activists read poems and sang songs to draw public’s attention to the global ecological crisis.

Nila Yasmin, 45, a psychotherapist and a coordinator of Extinction Rebellion, said: “People have been laying on the ground to represent all kinds of loss of wide diversity.”

“This is the extinction we’re facing if we don’t act now.”

Sheffield council declared a climate emergency in February and set the goal of becoming a zero carbon city by 2050, rather than by the IPCC recommended deadline of 2030.

Toby Mallinson, 53, joint branch secretary for Sheffield National Education Union, said: “The government is doing the opposite. From 2015 to 2019, they have scrapped almost all green subsidies, sold green investment banks and promoted fossil fuels through thwacking the new coal mines.”

“They are not climate deniers; they are climate liars.” 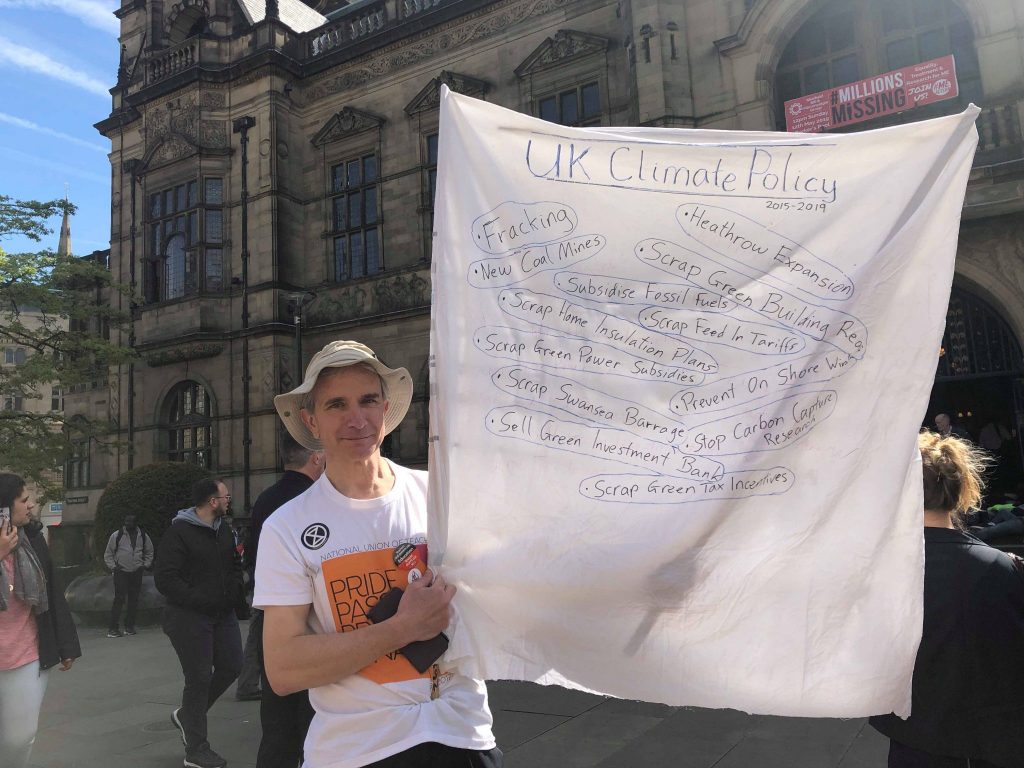 Thousands of people joined the Extinction Rebellion protests in London in April and nearly 1200 were arrested.

Mrs Yasmin added: “Extinction Rebellion has been getting bigger and stronger since the protest in London. This shows that a lot of people are very concerned about these issues, and they want something to be done.”

Extinction Rebellion invited Councillor Lewis Dagnall, Cabinet Member of Climate Change at Sheffield City Council, to speak at the demonstration in front of the public.

Councillor Mr Dagnall said: “Labour party national has welcomed the action by extinction rebellion to put this action at the heart of our public debate.”

“We are aware of the concept of a green new deal, the concept of environmental progress goes hand in hand with social progress addressing some of the worst aspects of capitalism, and reversing it so that we can live in a better, and fairer society.”