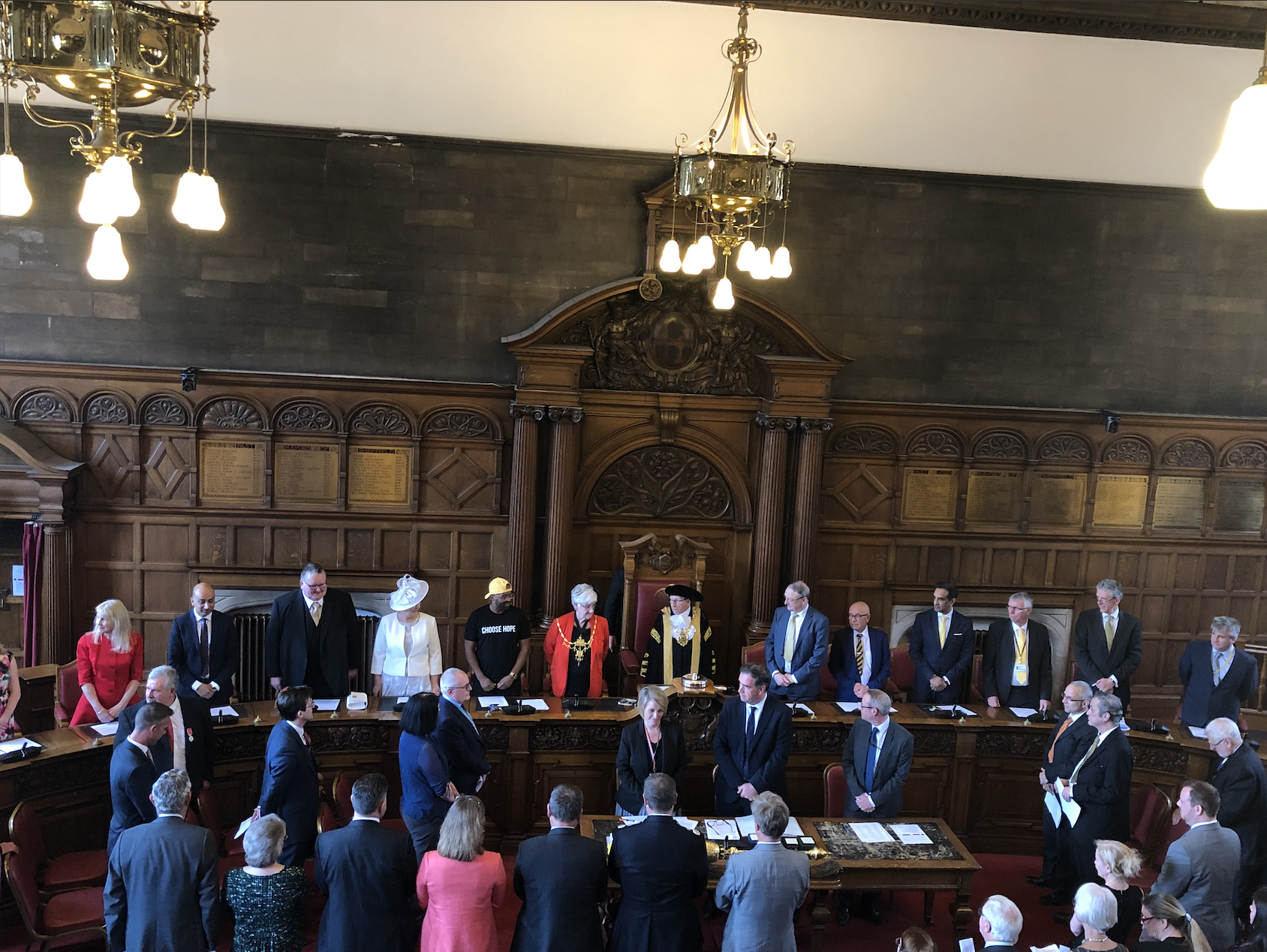 Magid Magid has stepped down during the handover of his title as Lord Mayor to Tony Downing.

Magid Magid, who served as Lord Mayor for the year, said: “I absolutely love this city. Some of the best folk live here and many have treated me like a son, grandson or a brother. The mission of Sheffield City Council is to turn love into policy and to make the whole world fall in love with Sheffield.

“We are in polarizing difficult times but the council needs to be stronger, work collaboratively  and show compassion. Change for the better is only possible when we come together with conviction and committed action to build the city more.”

The newly-elected Lord Mayor, Tony Downing, was inaugurated on the 15th of May after serving a year as deputy.

Councillor Downing, 74, said: “Sheffield is a great multicultural city which I feel privileged and grateful to be part of.

“I duly and gratefully will fulfill the duties according to the best of my abilities. My pledge to you is that I will work tirelessly to promote this city over the following year.”

“I can’t think of anyone else fit to be the 123rd Mayor for Sheffield,” he added

“I know Tony will approach this well with great diligence and decency as he is involved with people from all gatherings and backgrounds. He has already acted on numerous occasions and i’m sure he’ll advance further as Lord Mayor.”

Green Party Councillor, Alison Teal, said: “Thank you Magid for the incredible work that you’ve done. He has managed to engage a lot of the community especially young people who’ve become interested in politics.

“He has taken risks and is a courageous person, becoming a very well known national figure as a result of charity and discussing immigration policies. I am confident that there will be no other Mayor like him. He has been absolutely extraordinary and has raised Sheffield’s profile immensely.”