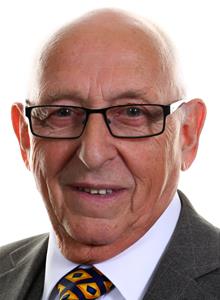 It is 55 years since a then 19-year-old Tony Downing took a step into the great unknown.

Relocating up north to Sheffield from his hometown of Tiverton in Devon some 240 miles away, he will today take over the reigns of Lord Mayor from the popular and unique Magid Magid.

“The reason I came, really, is because my Dad had health issues from working in a stone quarry,” he says.

“In those days there was no protection, of course, so you breathed in all the chemicals. Unfortunately for him he contracted lung cancer and died aged 59.

“I fell in love with the place straight away. I guess it was the big bright lights, the hustle and bustle. Oh, and the people are so friendly – they’re so diverse,” he adds.

He is no stranger to representing others, either: “I’ve been involved with trade unions the biggest part of my working life, having worked for the bus company First.”

He added: “I thought, let’s get my working life out of the way, and this is my seventh year as a councillor now.”

Sheffield and its people are at the heart of everything Tony does, and at the ripe age of 74 he has vowed to do all that he can for them:

“My pledge to the people of this city, which I’ll also be saying in my inaugural speech, is that I will do my very best to represent this place – the city that I love so much.”

Not wanting to get roped into the politics that comes with being on council, Downing, a Remainer, said: “I’ve never been one to speak up for a second referendum, or a People’s Vote as they call it.

“I realise that we should be leaving, though it needs to be with a deal.”

Rather, Tony has highlighted the issues that are top of his agenda.

He said: “The disconnect between young and old – I want to see that closed. That’s a real priority of mine.

“Aside from that I think it is incumbent on us all to make sure the climate emergency is adhered to, and that we reduce carbon emissions as soon as we possibly can in this city.”

What awaits in the present for Tony – who is assigned to the Mosborough ward – is his Town Hall inauguration, as he seeks to follow the act that is Magid Magid:

“He’s [Magid] done things differently. But I haven’t got a bad word to say about him, he’s a great guy.

Looking forward he added: “I’ve always aspired to doing the best I can do. Whether that be in the north-west, north-east, south-east. That’s just me.”