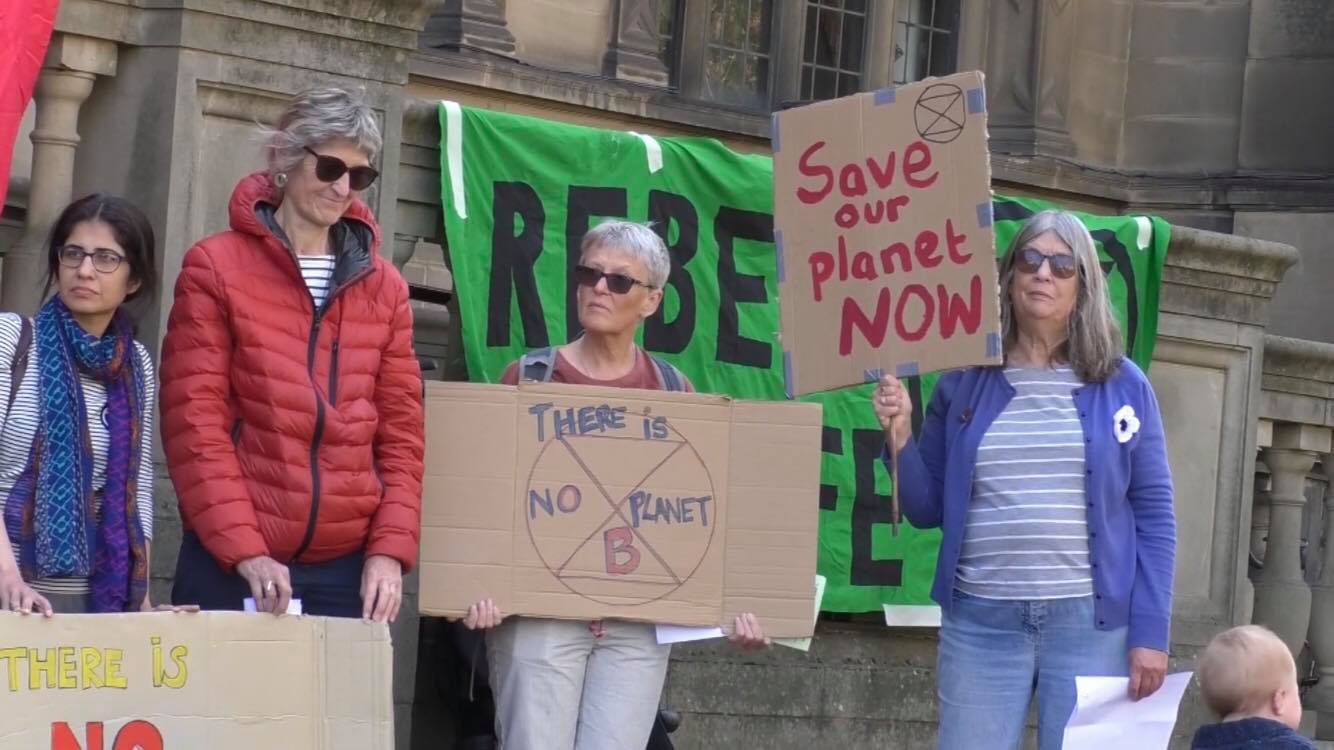 Extinction Rebellion protesters held a “die-in” outside of the Town Hall, as the newly formed council began their first meeting.

The purpose was to call on the new council to follow their declaration of climate emergency with an emergency response.

This protest is one in a series of mass “die-ins” that have been taking place all over the world, from last month.

On the 22nd of April, protesters flooded the main floor of the Natural History Museum.

Aside from in the UK, protests have also taken place in France, Australia, Italy among many others.

In a press release, Extinction Rebellion stated: “Time has almost entirely run out to address the ecological crisis which is upon us, including the 6th mass species extinction and abrupt, runaway climate change.

“Societal collapse and mass death are seen as inevitable by scientists and other credible voices, with human extinction also a possibility, if rapid action is not taken.”

We interviewed a member of the group, George Hume, to find out what they were hoping to achieve.