“We should not feel sorry for expressing our feelings,” says Sheffield Psychotherapist 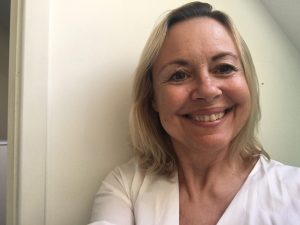 A Sheffield psychotherapist who lost her father at 24 has encouraged people to talk about death and grief openly.

Jacqueline Pullan’s father, Leonard, suffered with back pain and severe headaches for a long time before he was diagnosed with a brain tumour.

He died three months after being diagnosed, Ms Pullan said: “The GP hadn’t picked up at the time that it was something more sinister, chronic or anything that is going to be life threatening.

“For me, it was the shock because there was no time for me to process it.

“My mother was distraught and she went into a very severe depression, and all of us in the family were unwilling to talk about it,” she added.

Ms Pullan described her relationship with her father as “not an easy one”.

“I felt immense sadness but also tremendous anger that there were things in our lifetime that we hadn’t really understood about one another,” she added.

“I think it’s stigmatised. I do think we are put in a position of feeling ashamed if our grief continues and I think there are some unrealistic expectations that you are supposed to put on a brave face.

“But we should not feel sorry for expressing our feelings,” she added.

Dying Matters Week, which runs from May 13 to 19, also encourages people to talk about bereavement, deaths and dying openly in order to help people deal better with the tough and painful process.

As part of this year’s theme, “Are We Ready”, Sheffield Teaching Hospitals NHS Foundation Trust organised a week of events which provides an opportunity for people to look at the practical and emotional steps needed to be ready for the end of their lives. 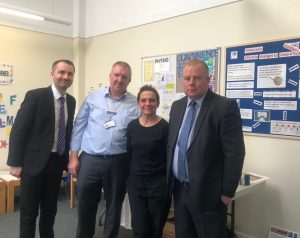 This event includes funeral directors, bereavement staff, and solicitors at the events to answer questions about funeral plans and wills.

Ian Eady, bereavement service manager at the Trust, said: “A lot of people think that if you talk about it, it is going to happen to you.

“But we need to talk about it to help us as a nation to be prepared and be ready for when that time comes for a relative or loved one or even a pet,” he added.

The mission of Dying Matters Week is to promote a fundamental change in society in which death and bereavement can be seen and accepted as natural part of human life.

“It’s the realisation that loving and losing is always going to feel painful, but we can adapt and we can reinvest in our own life.”