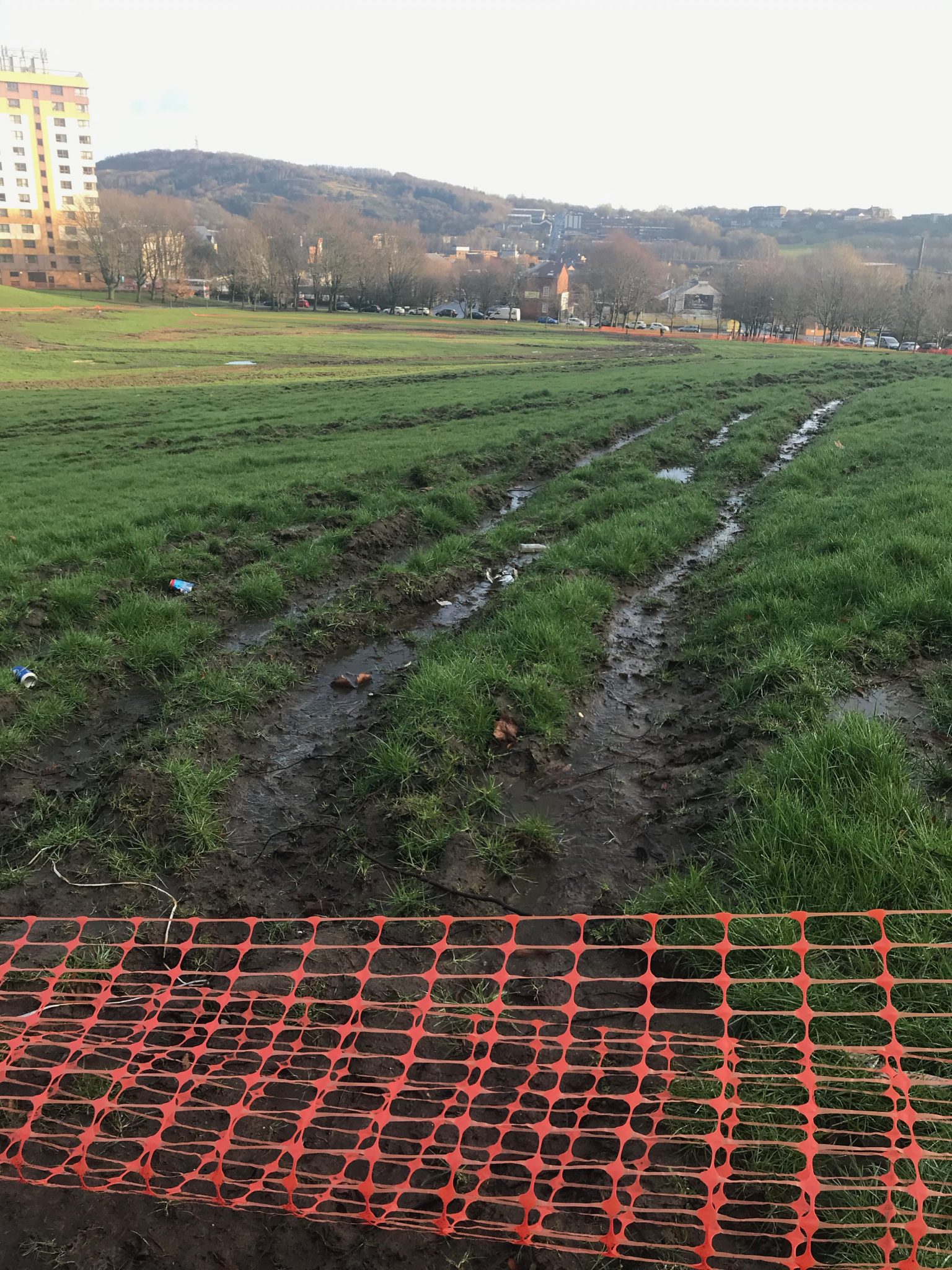 Sheffield residents have expressed anger about the Ponderosa still being in a “farm-like” state five months after Fire in the Park festival.

Paddy Maloney, pub owner of White Hart in Netherthorpe said: “It is a mess and the weather has never been right to fix it.

“I have put in complaints about it and I have put up a petition.

“Whenever I speak to the council they just say that they have got contractors looking at it on a day-to-day basis. It is one of those things where they just do not have the budget and the people that did it are in London making profit on someone else’s behalf.”

Caroline Woodcraft commented: “The profit made from the festival should have been used to return land to the original state. The area benefits families, students and children for more than just one day. It is not acceptable to leave it this way.”

Eliza Moore, 20, of Fawcett Street, Sheffield attended the festival and she said: “The festival was good, but I am not sure if it was worth it for the destruction of the field.

“The Ponderosa was not appropriate for the festival because of the weather and the steepness of the field. Realistically, they should have cancelled it.

It is unclear who is to blame for the disregard of the park, however it is very clear that locals are not happy.”

Miss Moore said: “The view from my window now is just mud and the orange fencing that cordons it off. It looks like a farm, I cannot believe it still has not been fixed.

“I spent a lot of my summer on the Ponderosa and it was the reason we chose to live by it, so it is really disappointing that in the last five months there has not really been any improvement.”

Bass in the Park festival was intended to follow Fire in the Park, however, it was cancelled last minute due to severe weather conditions and an organiser deeming it unsafe for festival goers.

James Quick, 20, a psychology student at the University of Sheffield, said: “I had a ticket for Bass in the Park and they screwed us over with it.

“I emailed and sent messages on Facebook to ask about a refund, so did my friends, and none of us ever got a reply.”