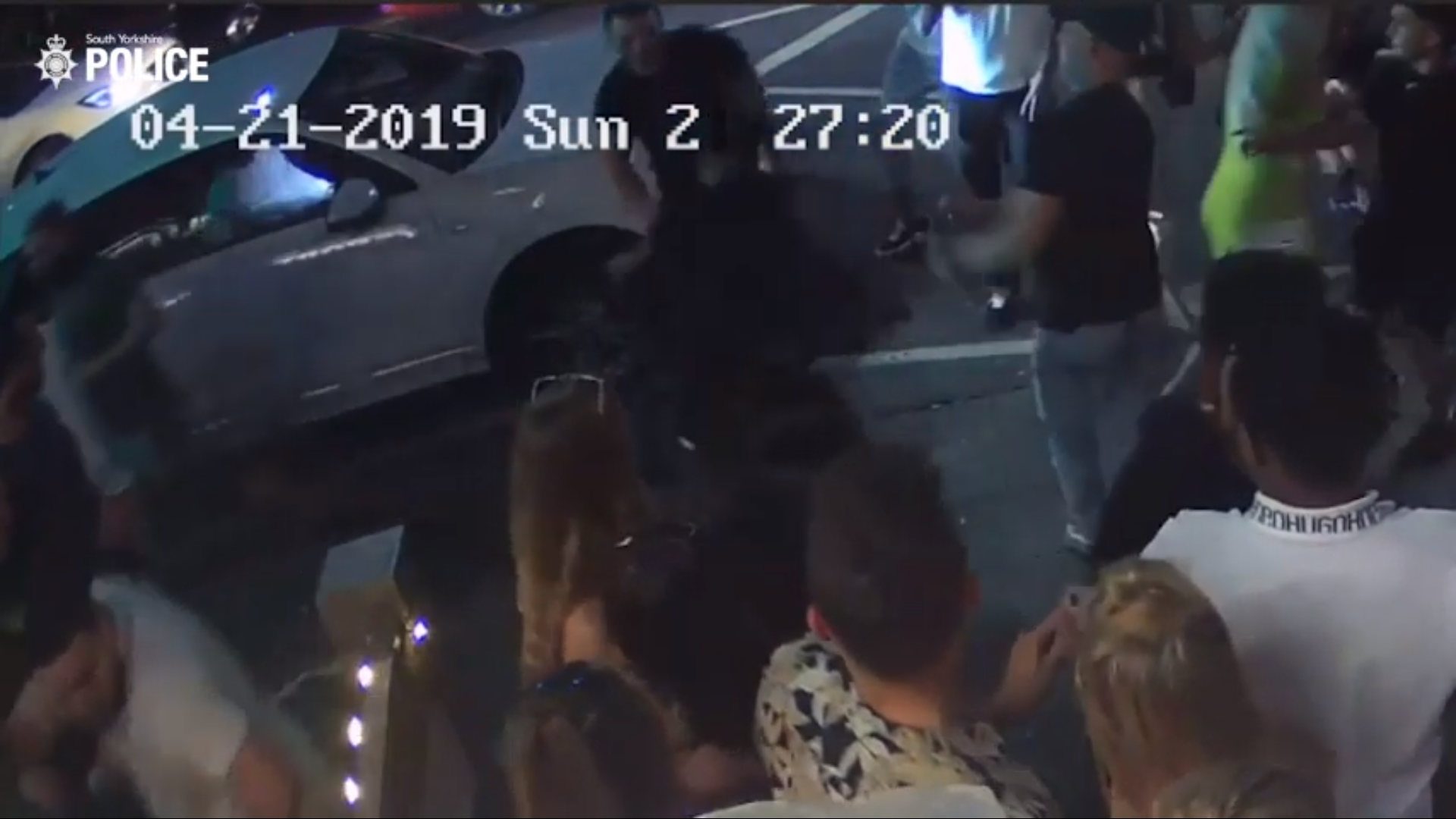 Police have released new CCTV footage in an appeal for witnesses to come forward.

A woman was struck by a large glass bottle, knocking her unconscious and causing dental injuries.

CCTV footage posted by South Yorkshire police shows security escorting a man out of the club, before one of them returns and appears to throw something into the crowd.

The assault occurred on 21 April 2019 at around 10:30pm outside the Honeycomb nightclub on Ecclesall road in Sheffield.

Officers have appealed for witnesses to come forward and give information about the incident.