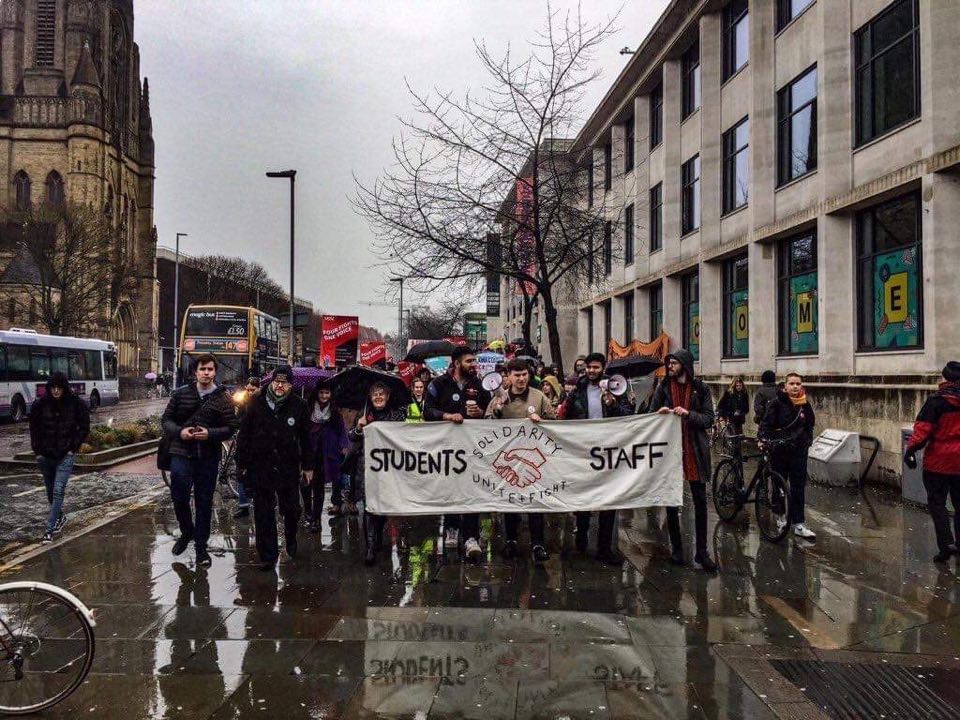 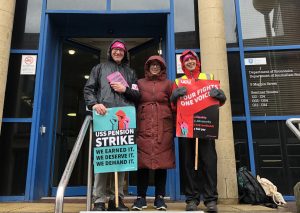 The University of Sheffield, along with 73 other universities in the UK, have today began the biggest strike ever seen on UK campuses.

The 14-day strike, the third since 2018, will affect over a million students up and down the country.

Members of the University and College Union (UCU) are taking action over concern relating pay, working conditions and pensions.

Those protesting are forming picket lines across the University campus from today until March 13.

Eda Yazici, 27, UCU Anti-Casualisation officer, said: “The more we lean into the idea that things may not be going so well on the ground the more we make it happen and it becomes a sort of self-fulfilling prophecy.”

The Union aims to change the conditions of the Four Fight Dispute that deals with its current issues such as workload or the insecurity of continually being put on non-permanent contracts. This causes high levels of unsustainable stress across all sectors, according to the Union Branch Communications Officer, Katy Fox-Hodess. 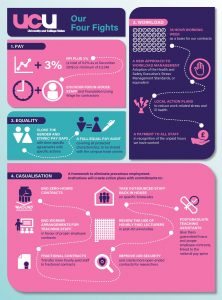 Ms Fox-Hodess, 35, an Employment Relations lecturer, said: “The reality is that we are striking for a better university for everybody.

“Students do not benefit from having teachers and professional staff in their departments who are overworked, insecure about precarious decisions in their jobs and are dealing with the issues we are fighting for.”

Following recent negotiation meetings regarding the USS dispute, the number of employers who are indicating a desire to table an offer is said to be growing.

Mark Pendleton, 42, Union Equalities and Diversity Officer, said: “I’ve worked in the UK Higher Education for eight years and things are only getting worse when it comes to paying conditions and equality.

“I want to work in a place that is fair to people and rewards people for the work they do.”

According to him, the point of the strike is not to resolve nation-wide problems but to set up a framework that can bring about solutions.

Members of the Union are trying to negotiate with the University on a proactive compensation offer for the number of students who are likely to be entitled to compensation on the basis of the Office of the Independent Adjudicator Guidelines.

Teach Outs are being organised in the afternoons of the strike where talks will be held by the members in areas of their research and issues relating climate change, labour and racism.