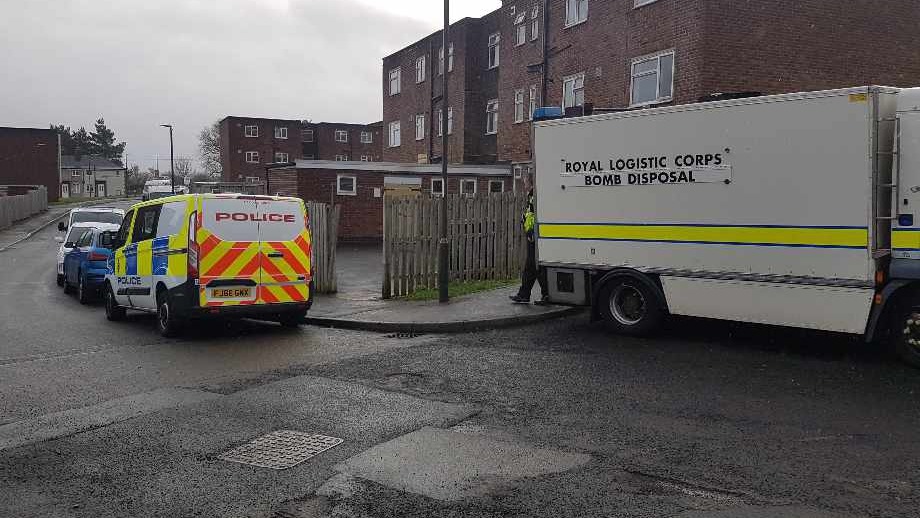 The Police were called to investigate a block of flats off Devonshire Close in Newbold at around 2am this morning.

A 25-year-old man has been arrested and a device has been found in an outhouse at the rear of the flats.

Police say they have made the device safe but residents will have to wait outside the flats for the time being.

A Derbyshire police spokesperson said: “The block of flats is being evacuated for the safety of the residents whilst enquiries continue.

“Emergency services are at the scene together with the Ministry of Defence. Further updates will be issued when information is received.”