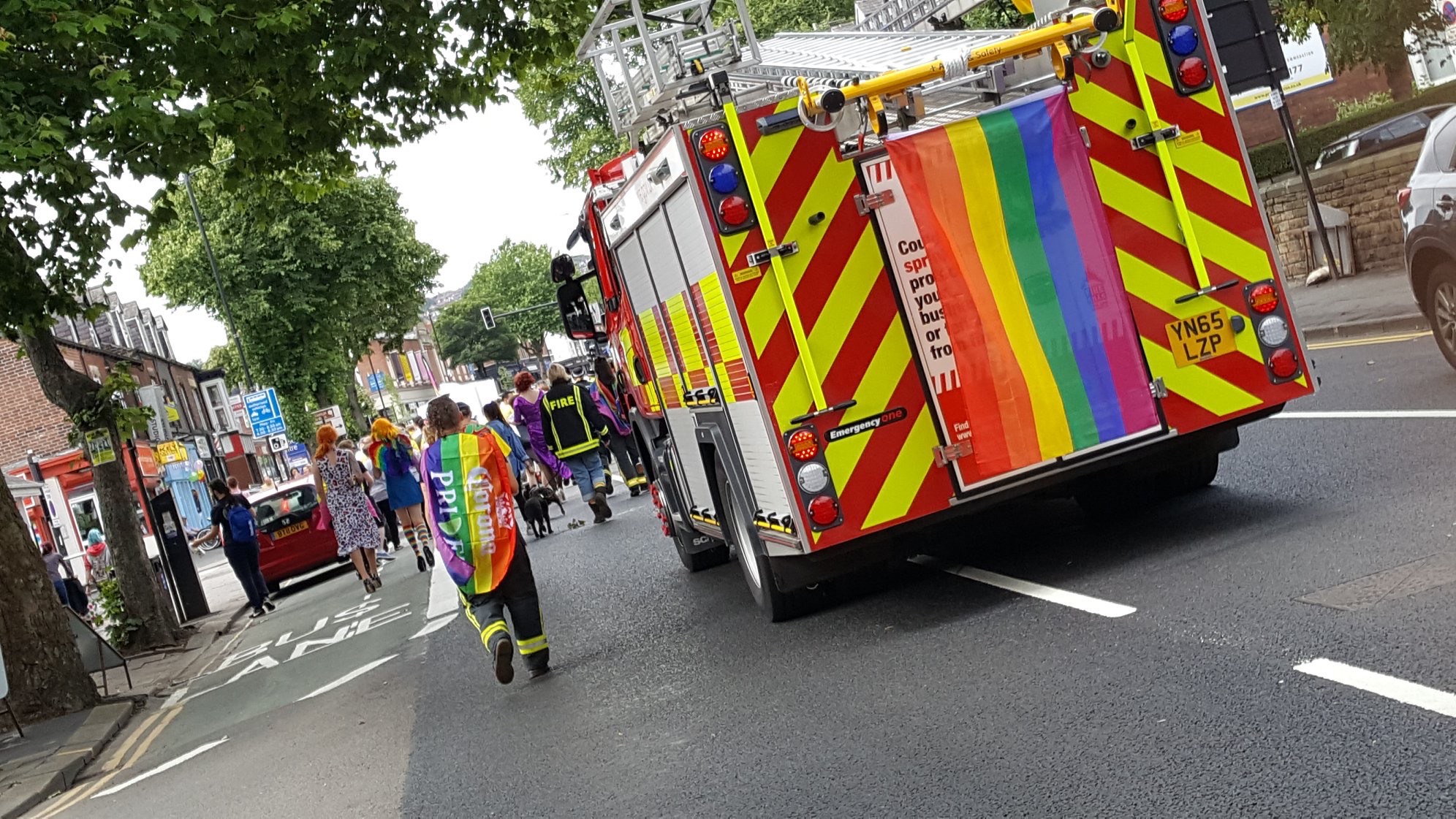 South Yorkshire Fire and Rescue had received backlash after incorporating the rainbow flag in their profile picture last June during LGBT+ History Month.

They have now uploaded a video onto their Facebook page displaying the hate comments they received.

One comment stated: “Let’s see pictures of firefighters doing their job and keep political correctness out of it!” and “Just put out fires. Please.”

The department prides itself on being an inclusive organisation that values the contribution of all their staff regardless of their sexual orientation. That is why 11 of their employees took part in the video.

Chief Fire Officer, Alex Johnson, said: “We wanted to support the month and let our staff, and communities, know that we are proud to employ and serve them, regardless of those comments.”

Since the video was posted, floods of hateful comments on Twitter also have emerged like: “Thanks for swamping my feed with this leftish rubbish.”

Rebecca Savin, Crew Manager and South Yorkshire Fire Brigades Union LGBT Rep, said: “We’ve come a long way recently in terms of diversity but there is still more to do. It is really important that our workforce truly represents all of the communities.

“Visible acts of support like this can mean a lot to sometimes marginalised groups.”

Contrary to these negative comments, people from all over the world have praised and shown their support for the South Yorkshire Fire department. Comments of support came from Northern Ireland, Australia and the US.

One Facebook user commented: “I’m often in awe at South Yorkshire Fire’s approach to talking to the people they serve. They have just gone up another level.”

Mr Johnson said that the fire service did expect the video to attract mixed reviews but have expressed that they have been ‘utterly disappointed’ with how ‘awful’ and ‘totally unacceptable’ the comments have been.

He said: “I’d like to encourage anyone considering a career in the fire service, especially those who may be inspired by our work around LGBT History Month, to register their interest on our website.

“If anyone needs more information they can visit the South Yorkshire Fire and Rescue website and our page on Facebook, but only positive comments please.”