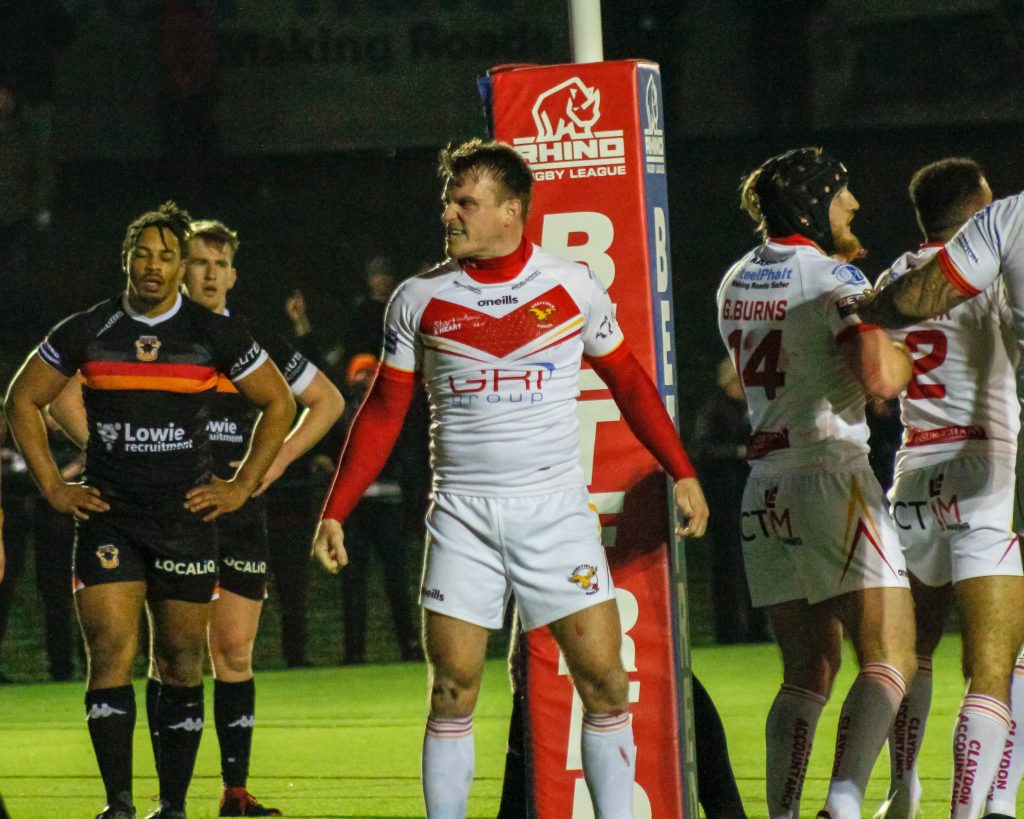 Sheffield Eagles RLFC will be hoping to start another cup run to Wembley on Saturday, when they face Halifax in round four of the Coral Challenge Cup.

The Eagles, who won the AB Sundecks 1895 Cup final at the national stadium back in August, will ‘host’ Halifax at the Mobile Rocket Stadium in Wakefield, with their usual Olympic Legacy Park home under construction.

Eagles coach Mark Aston will be hoping that cup competition can provide a welcome distraction from his side’s stuttering league form.

The Red and Golds have lost their three opening Championship games this campaign, including a narrow loss to Halifax in round one and a 58-10 hammering at the hands of Leigh Centurions.

The visitors also come into the game off-the back off a defeat, a narrow loss to Dewsbury Rams.

Aston will be hoping that second-row Joel Farrell can inspire his side to victory. The Eagles stalwart scored tries in the league defeats to Halifax and Toulouse Olympique, and is sure to prove a nuisance for the Halifax backs.

If the Eagles secure their first competitive win of the season, they will progress to the fifth round where they could face one of the four Super League teams that enter the draw.

Starting on Saturday, five straight wins are needed to secure a second consecutive appearance in a showpiece Wembley final.

Saturday’s game kicks off at 2pm, with tickets still available.