University of Sheffield Students and Staff Unite over Strikes 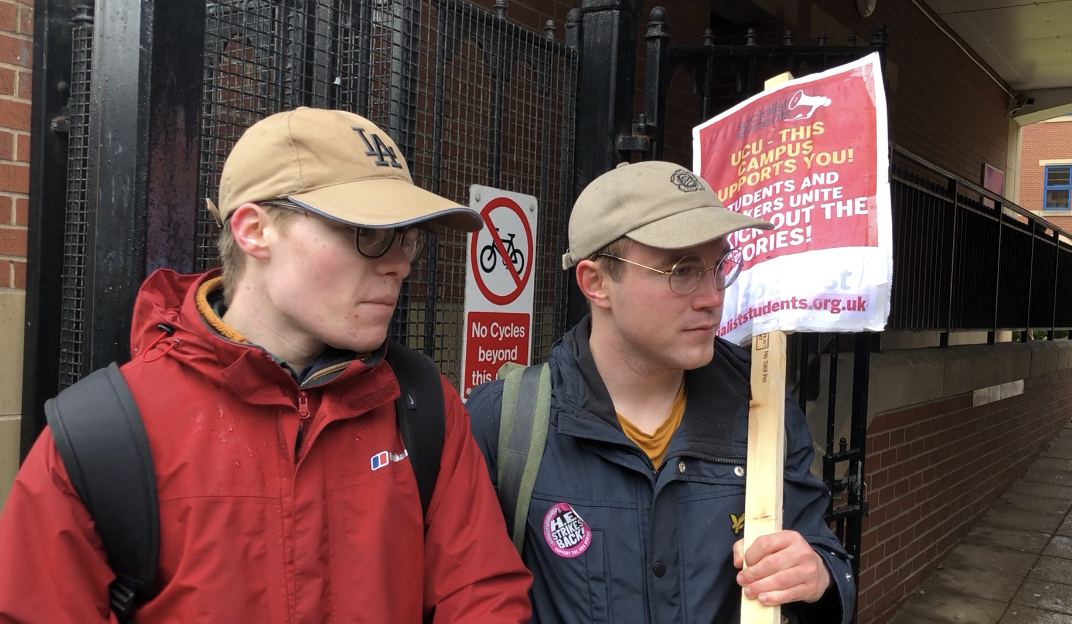 Staff and students at the University of Sheffield have united in support of the current industrial action.

Today, marks the start of a 14-day long strike which will affect over one million students up and down the country.

Over 70 universities are involved in the industrial action, where staff are protesting about pay, working conditions and pensions.

“The staff are not treated well in many respects and I think we need to improve the situation.”

The industrial action, organised by the University and College Union (UCU), has received the backing from many students.

Eda Yazici, 27, Phd student in Sociological Studies and UCU Anti-Casualisation Officer said: “This is the third time we’re going out on strike in two years and I think in some ways we are a well-oiled machine now and are fairly prepped.”

Members of the union have voiced their concerns on zero-hour contracts, gender and ethnic pay gaps, stress from workloads and pension schemes.

Some international students are upset as they are paying a higher fee to study at the University and are aggrieved their classes have been cancelled.

Lyza Koshy, 21, a politics and philosophy student, from Singapore, said: “I’m kind of sad about it as there is a lot of content that I need to learn and know but it is their right to strike.”

Matt Robson, a University Journalism Teacher, said: “Our argument is not with students, our argument is with universities in Britain and unfortunately to get our voices heard we have to take strike action so I apologise to students that are being affected, our fight is not with you.”

The strikes, supported by staff at 74 universities, will run over the next four weeks ending on March 13.