Women campaign groups stand in solidarity for victims of violence 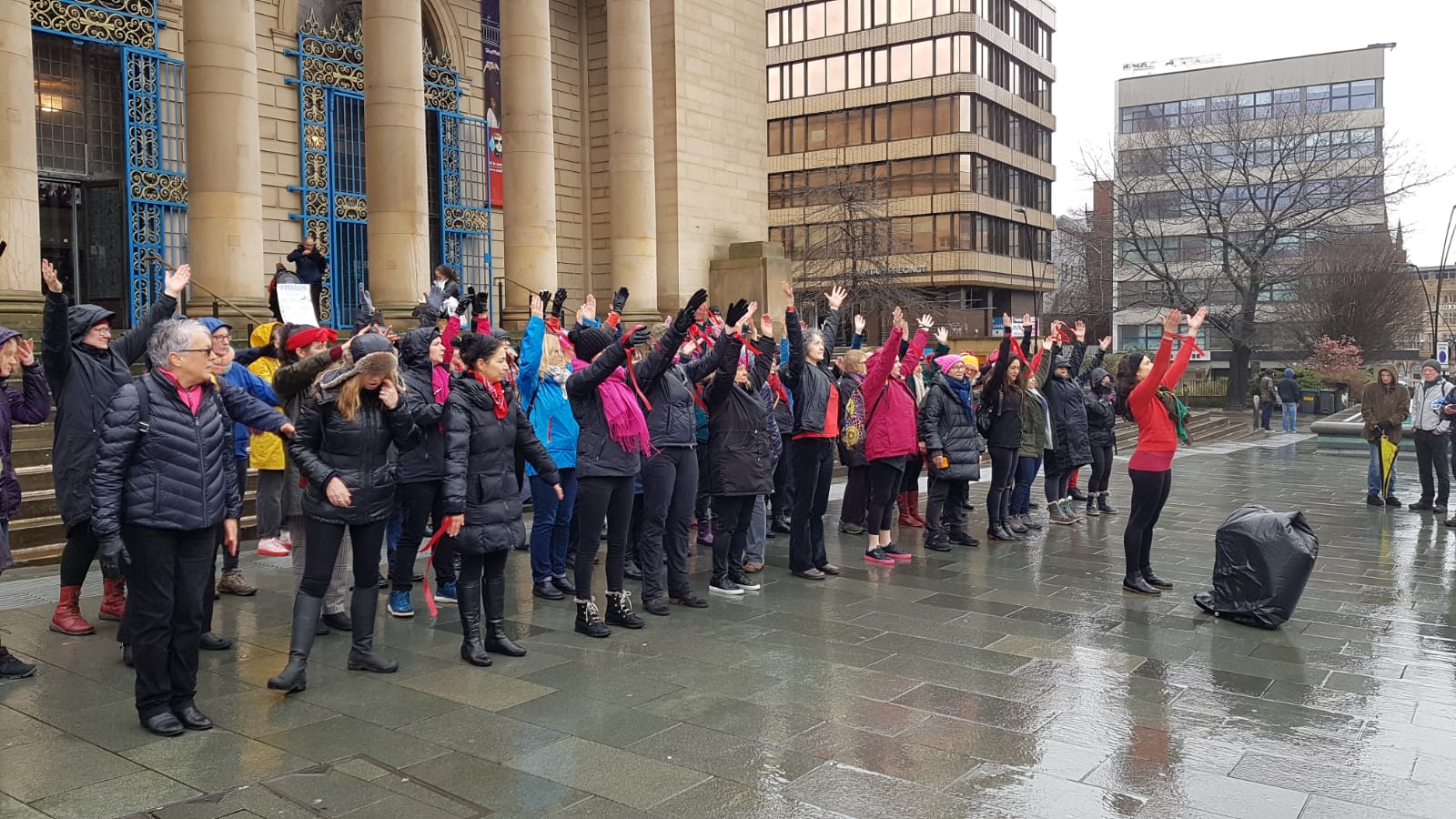 Local protesters campaigned in a bid to raise awareness towards violence faced by women and girls.

Protesters of the 1 Billion Rising campaign danced under the theme of ‘solidarity’ to call for women to rise against violence and to celebrate the strength and courage of survivors of violence.

Sheffield Rising organiser Maureen Storey, said: “This year, the theme of the One Billion Rising global campaign is solidarity. We danced to the song ‘Break the Chain’, which is empowering to many women.

“Our focus is on providing services to help victims recover and get support and also to help change the culture of misogyny and sexism.

“Lots of women turned up in absolutely revolting wind and rain and we were determined to work through it and brought forward people to come together and stand in solidarity.”

Campaigners were joined by the Chilean Solidarity Network where they jointly protested against the human rights violations of women in Chile. Protesters wore blindfolds to represent the women in Chile, who have been blinded by rubber bullets amid its current political climate.

Chilean Solidarity Network member, Maria Vasquez-Aguilar, said: “We got together with Sheffield Rising and decided it was a great opportunity to bring both movements together to stand in solidarity with the women in Chile and across the world.

“People have been protesting against social inequality and the government has brought out police and they’ve been killing, mutilating and torturing people in Chile. The performance was ‘Un Violador En Tu Camino’ or ‘A rapist in your path’ was written for the demonstrations because of the police violence against female demonstrators.

“I was very touched by the women in Sheffield. It’s been awful weather with Storm Dennis but it’s not stopped the women and they came out in full force to support. The men have shown great support as well and it shows that when people come together, we can make changes and make a difference in all weathers.”

Police attend around 1,000 cases every month. The number of reports increases every year as more victims have come forward.

Storey added: “More services are now available, some commissioned by the council. Currently, there is no council on therapeutic services for victims of violence yet because the government isn’t funding mental health services but we are still campaigning on that.”

1 Billion Rising is part of a global campaign initiative that is held annually on the 14 February, to highlight the issue of violence and domestic abuse against women around the world.