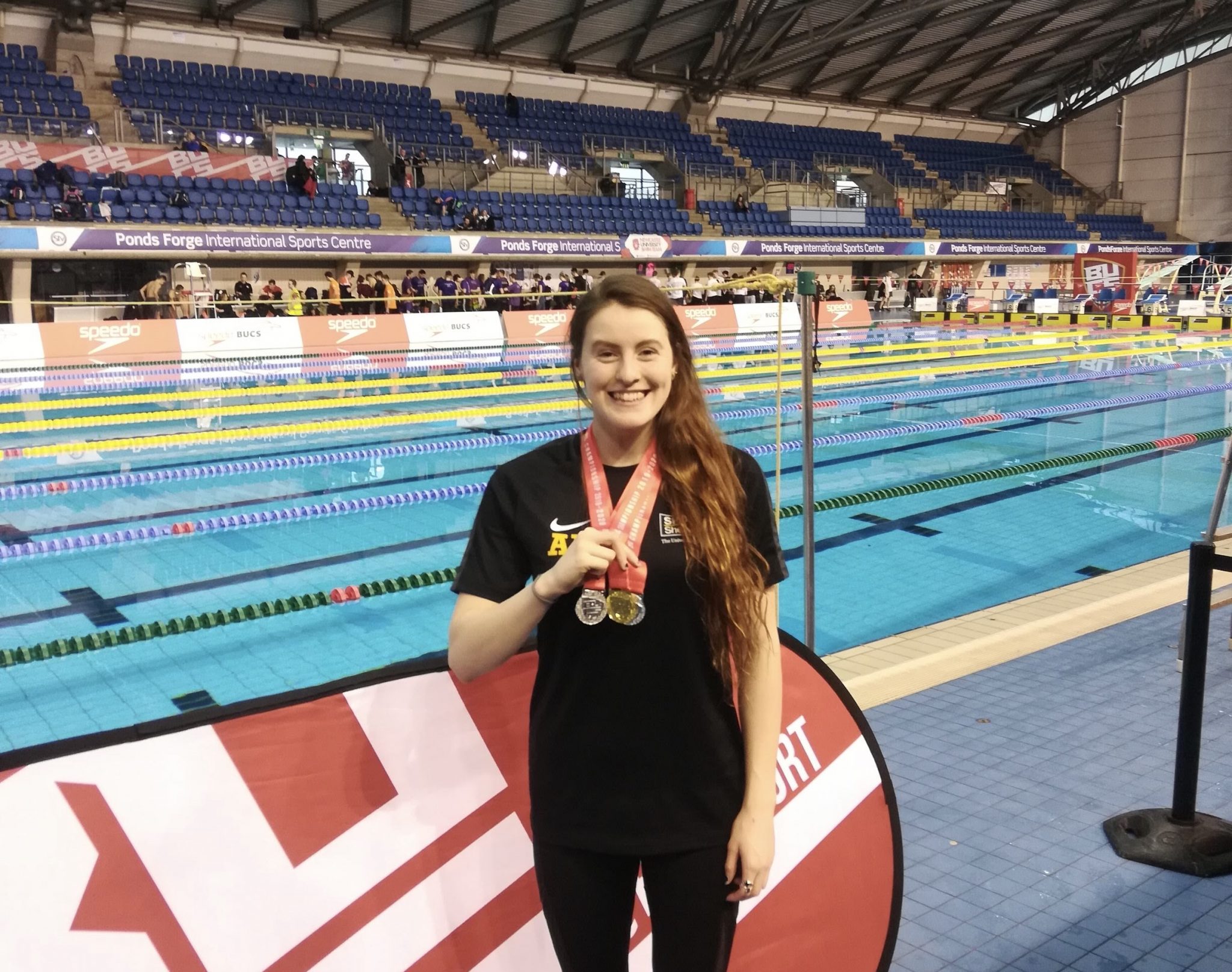 After battling with an eating disorder and being hit by a car, Amber Keegan, a PhD student at the University of Sheffield, has defied all odds to win gold in the Speedo BUCS 1500 metres.

The 22 year old swimmer is now looking forward to the Olympic Games trials and European trials in April.

Anxiety over constant calorie counting and the utter fear of not balancing her meals correctly slowed the recovery process for many of her physical injuries.

Amber said: “As hard as injury recovery was, the most challenging recovery I’ve had to go through was learning how to eat properly again after an eating disorder. It was also something I dealt with mostly in the dark, whereas with injuries it was pretty obvious what was wrong.”

She has described living with an eating disorder as “heart-breaking” and “exhausting.”

In 2017 Amber suffered from a torn hamstring and shoulder injury, resulting in her missing out on the Commonwealth Games trials that December. After an extended swimming break and a lot of rehab she was finally back in the pool in August 2018.

But, things took another turn for the worst in September 2018 when Amber was hit by a car while cycling to university.

She was left bed-bound and on crutches with ankle sprains.

Seven months later, she was finally able to get back in to training.

“Learning to fuel myself properly to train as much as I wanted and needed to and to be a healthy human was more challenging than any injury recovery. It was so confusing and difficult for me and sometimes I look back in absolute wonder at how I’m doing now when I eat or do things that would have been unimaginable to me a couple of years back.”

On 14 February, Amber won her first gold medal in the British University and College Sport race for the University of Sheffield.

Reflecting back on her recent win, Amber said: “I was neck and neck with Emily Clark from Loughborough for nearly all of the race and there were a few moments where she was passing me and I was passing her.

“We reached 1400m when I had a little bit more left in the tank than she did and I managed to beat her. I felt good but very tired.”

Amber began swimming at eight years old at her local community swimming club and developed a love for water. Her competitive career began at age ten, moving on to national competitions at age twelve.

Alongside her demanding training regime of eight to ten swimming sessions a week and a couple of gym sessions, she has balanced her masters degree in chemical engineering and now her PhD.

Amber added: “A whopping number of athletes struggle with food relationships, yet it’s something that’s hardly talked about.

I am as driven as ever, but I think that the past few years have really put in to perspective for me where swimming sits. I want to swim for my country, but I also want to stay healthy and be happy and not swim at the expense of my health for the rest of my life.

The pressure for me was to get myself healthy again, the pressure is off now so I can focus on loving the sport and see what results come.”