Sahira Irshad, the founder of women’s support group Mums United, has been nominated for this year’s edition of the Inspirational Women of Sheffield Awards.

The 42-year-old mother-of-two from Sharrow is the first person of Asian ethnicity to be shortlisted as a finalist for the “community” category.

Ms Irshad said: “I’m honoured and very humbled. It’s just amazing just to be nominated alongside some amazing women for the award.

“I believe it validates the hard work and commitment that we’ve made to the cause.”

Concerned with the rise in knife crime, drug dealing and anti-social behaviour amongst the youth, Ms Irshad formed Mums United in 2018 with other mothers living in Sharrow.

They have been organising weekly gatherings for parents and their children aged between 7 to 18-years-old. Activities include team-bonding games, workshops on youth crime and self-defence classes.

Mums United also raised £320 in May last year through a crowdfunding campaign to fund their programmes.

Dr Shahd Salha, the group’s co-founder, said they want to break the stereotype that mothers in the South Asian community are “supposed to take the backseat” in raising their children.

She said: “We’re open to dads joining our group. But I feel it’s important that all mums know we exist if they ever need a listening ear to share their problems.”

The Inspirational Women of Sheffield Awards Ceremony will take place at Kenwood Hall Hotel on March 8- in conjunction with International Women’s Day.

First introduced last year by The Star Editor Nancy Fielder, the award seeks to honour women in various fields such as business, education and the community.

“We want to recognise these women, whether they’ve a lifetime of work or service behind them or are just starting out on an exciting journey that’s an inspiration to others.”

Other nominees for the award include street pastor Bobbie Walker and Rita Howson, the Chief Executive of local assistance dog charity Support Dogs. 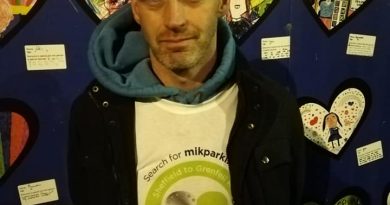 Man running from Sheffield to London for Grenfell victims

Sheffield law firm supports charities up and down the UK