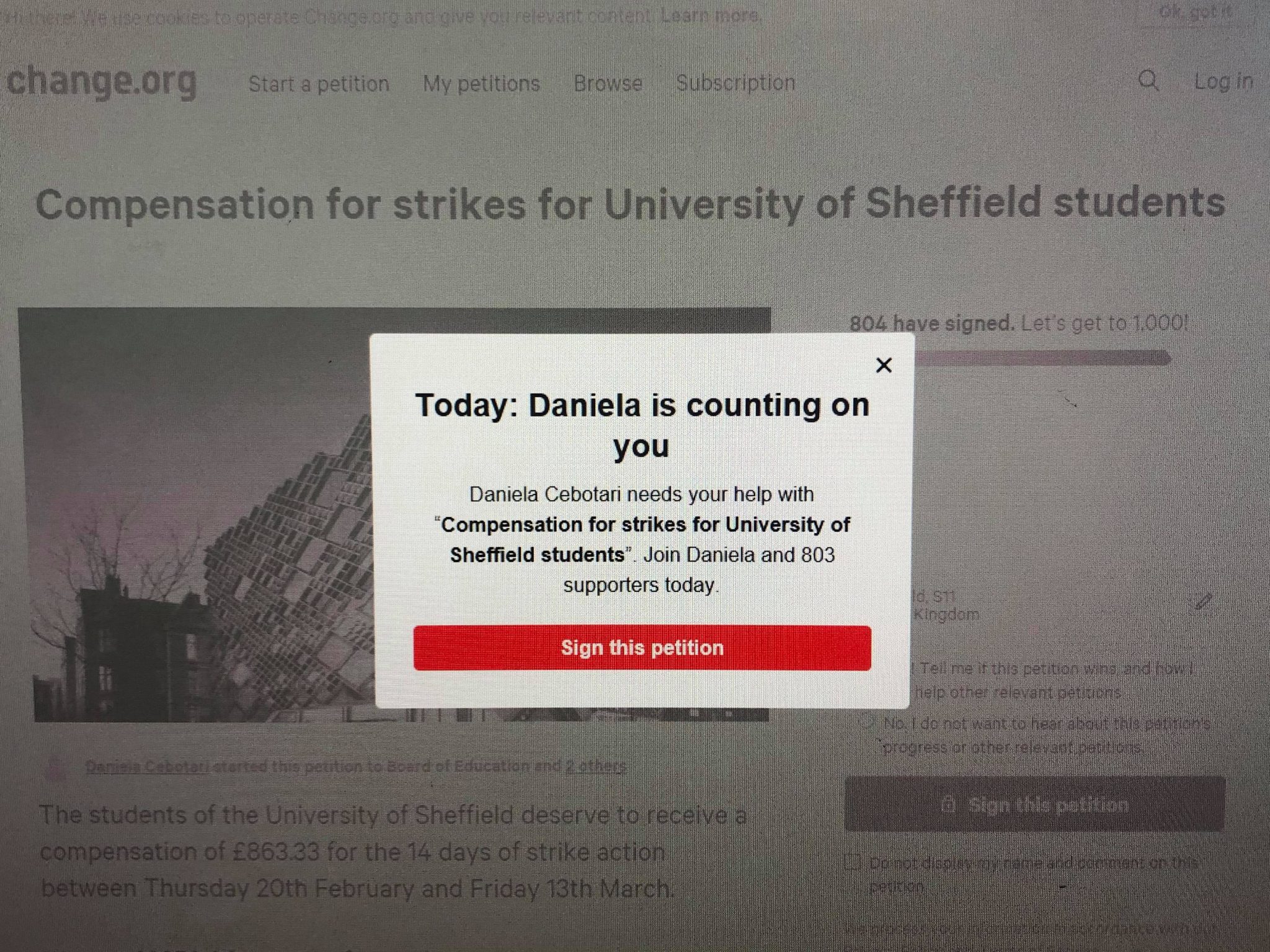 Students frustration over striking has led to the creation of petitions demanding compensation for their missed lectures.

Lectures are striking for 14 working days because of pay, working conditions and pensions.

Daniela Cebotari, 18, who started the petition says that she believes “universities cost too much already, and the fact that our lesson time is being compromised, I feel like we deserve to be compensated for what we are paying for.”

The Politics, Modern Languages and Cultures student says all her lectures have been affected.

Her petition currently has over 800 signatures, out of the 1000 requested. “It’s quite disappointing actually, considering the fact that there are nearly 30 thousand students at the University of Sheffield,” she said.

It is estimated that students will lose £863.33 for the 14 days of study they will miss. However, this would be double for international students.

Nabiha Abulhassan, 21, a student from Oman, supports the petition and says that she is “paying the full amount and I have a few classes that have been missed.”

The second year journalism continues to say that she “won’t be able to learn the content as part of my degree and I’ll be missing that. I think it’s unfair to how much I’m paying for the university.”

However, not all university students are affected by the strike so not all of them are particularly bothered by a petition.

Iris Mateev, 22, a mechanical engineering student, said: “I suppose all the auxiliary services of the university you would have a point in asking for compensation for that but as an engineer we’re not really affected.

“I mean I can see the point but our teachers don’t really care.”

Matthew Holden, 21, an Accounting and Financial Management student, says he would sign the petition for compensation.

He said he’s “paying way too much for my seven contact hours a week. This makes it even worse.”

The strikes are set to end on the 14 March, and no talks of compensation have been made currently.