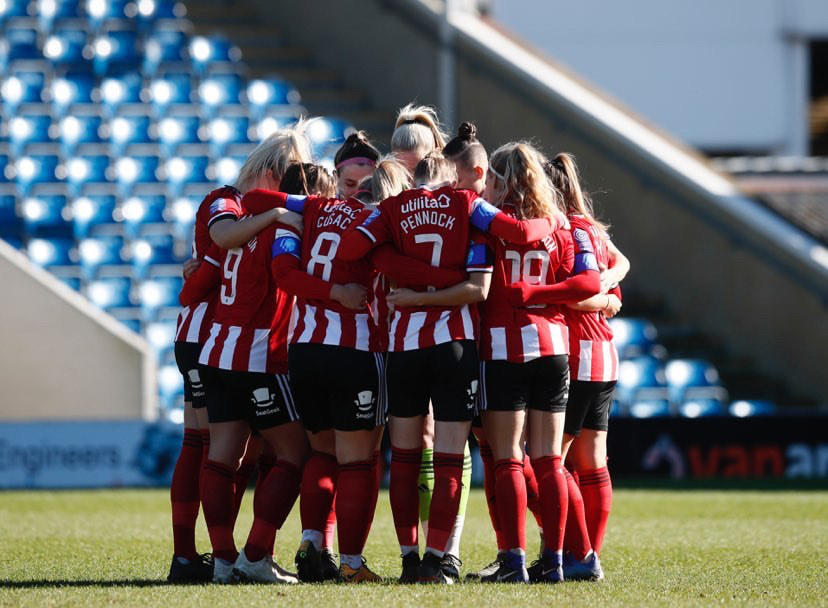 Sheffield United Women will host Crystal Palace on Sunday with the aim to secure a third consecutive win in the Women’s Championship.

United currently sit second in the table, trailing six points behind leaders Aston Villa who are also fighting for promotion into the Premier Division.

The Blades will look to their top scorer this season, 25-year-old Katie Wilkinson – who has netted an impressive 14 goals in 14 appearances.

Another star player for United is forward Jade Pennock, 27, with eleven goals bagged in her second season for the club.

Four of the Sheffield Women’s team will jet off in March for international duty – Emily Ramsey, Naomi Hartley and Keri Matthews will be joining various England youth teams and Veatriki Sarri will assist Greece in their Euro 2021 campaign.

Another star player for United is Jade Pennock, 27, with eleven goals bagged in her second season for the club.

Speaking of promotion, Pennock said: “It’s always a goal for the club and players but all we can do is focus on ourselves and take one game at a time and make sure we keep picking up three points.

As a team we just want to keep progressing and improving each season, we were just outside the promotion spots last season and we are closer this season, which shows we are going in the right direction.

With only one team going up this year it makes it harder but our focus doesn’t change, we need to pick up as many points as we can”.

Pennock praised the support the team has received this season: “Women’s football is growing year to year and there’s more visibility now than ever! The support we’ve had this season has been fantastic and as players it’s always nice to play in front of a big home crowd”.

Sheffield Women have a fourteen point advantage over weekend rivals Palace who are eighth in the table, so Carla Ward’s side will be favourites to take all three points.

The clash will take place at Bramall Lane, one of ten grounds which will stage UEFA Women’s EURO 2021 matches next summer.

Sheffield United’s famous ground will host four matches including a semi-final on 27 July.