As-Sunnah Mosque will be hosting ‘Let’s Talk – Cancer Awareness’ event this Saturday to address lack of awareness in Black and Minority Ethnic community.

Informational barriers will be broken down by discussing symptoms, screening and prevention tactics of various types of cancer during women-only and men-only sessions that will be running simultaneously at Masjid Sunnah from 2.45 pm.

Ladan Abdulkadir, one of the members of the initiative and an Obstetrics and Gynecology trainee in Burton-on-Trent, said: “Myself and a few other doctors from various specialities working here in the UK have decided to give back to the community, whether it will make a small or a large difference.

“We noticed that many people were not seeking treatment and screening opportunities that the NHS provides simply due to the lack of knowledge and understanding of cancer prevention.”

Mohammed Yusuf Mussa, a Manchester-based GP, will be delivering a talk about colon and prostate cancer during men’s session while women’s session will be dedicated to gynaecological, bowel and breast cancers with a special focus on Sheffield’s Somali community.

Marwa Jama, another member of the initiative and a Sheffield-based surgical trainee, said: “We found evidence that BME uptake is lower and anecdotally noticed that people in the Somali community have a very low level of the screening. That is why we started this series of events, to assess what the barriers are and what could possibly be done.”

A 2017 research article created Institute of Health Research at University of Bedfordshire have found that women in the BME group, and especially black African women have the lowest uptake of breast cancer screening services and have poorer survival rates than white women.

The main themes that emerged after discussions with focus groups were knowledge and beliefs about breast cancer and risk factors, prevention, awareness of NHS breast screening service and need to improve accessibility to information about these.

Research within the article suggests that a ‘migration effect’ could have had a say in the outcomes, as recent BME migrants may not be informed enough of the available services.

Experiences of linguistic and cultural barriers have also been reported to have influenced diseases going undetected for longer time periods within the BME demographic based on the article’s evidence.

The mosque will also be organising an event on March 20 for both youth and parents on dangers of intoxicants and drug abuse, and have previously ran a First Aid Training event supported by the British Heart Foundation.

Ahmed Bulale, a spokesperson of the As-Sunnah Mosque, said: “There are many aspects of physical and mental health that do not reach people in Somali and Yemeni communities, who may fall victim to illnesses that can be treated through early detection.

“These are all areas that are very much lacking in our community, and so as a mosque, we felt we needed to do our bit in educating our attendees.” 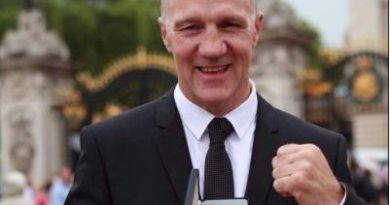